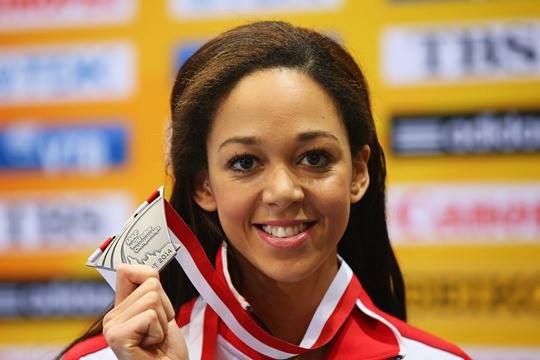 Congratulations to Katarina Johnson-Thompson of Liverpool Harriers who set a new League record by winning the 400m hurdles in the opening Division 2 West match of the new season at Trafford on 4th May.

The previous record, one of the oldest NoE League records of 58.8 was set by Veronica Boden of Hallamshire Harriers  at Warrington in 1987. Veronica a former 400mh international in her youth had spent almost almost 9 years out of the sport through a back injury. In 1987 her comeback year at the age of  28 she won the Yorkshire Championships and ran a massive pb to set the record NoE League record 58.8.

Veronica on hearing that her long standing record had been broken congratulated Katrina on hew record and said “I am so pleased it has taken an Olympian to beat my record”. 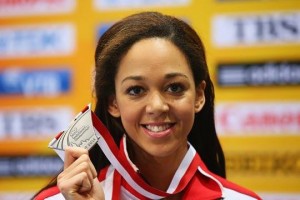