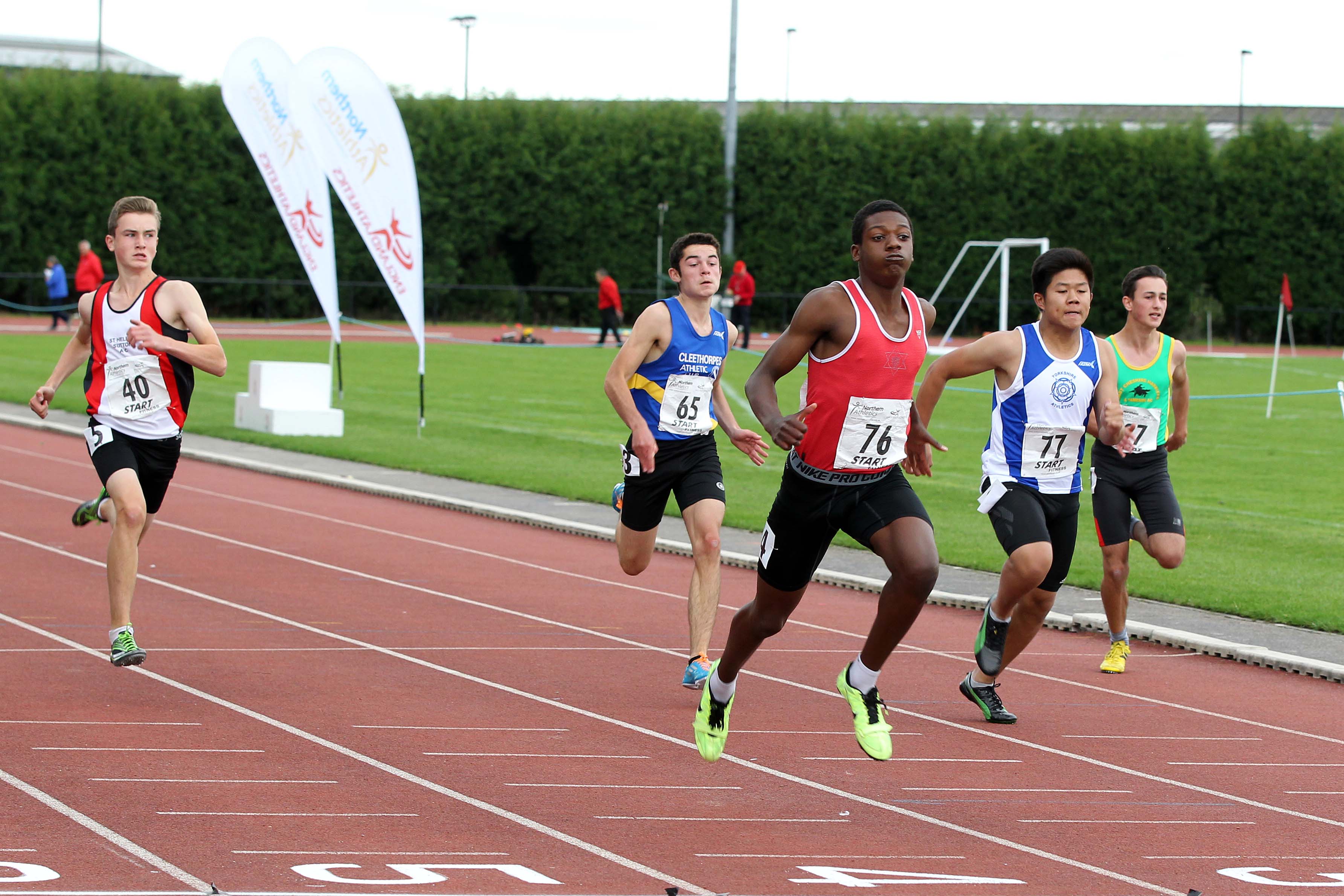 The under 17s championships returned to an overcast Wigan for the first since 2008 and although rain was forecast it remained dry but the blustery conditions ruled out the prospect of cbp on the track. A change in weight implements for females in under 17 shot and hammer and the under 17 & 15 javelin ensured that we would have a number of new cpb in these events.

The first of new cpb came from Maggie Okul, of Kingston upon Hull, a club which in recent years has produced so many good hammer throwers. Maggie won the under 17 women hammer in a keenly contested event with 10 athletes taking part, however the power and technique of Maggie was too much for her competitors and her throw of 53.18 gave her a winning margin of over 6 meters.

Another outstanding performance on the field came from Trafford’s Naomi Ogbeta who set a new cbp in the under 17 women triple jump with a jump of 12.24 beating the previous cbp of 11.96 set in 2010 by Naomi Reid of Derby AC. Katie Rowe took the silver with 11.21 which would have been enough to win many previous championships.

One of the biggest winning margins of the day was in the under 17 women shot, with Toni Buckingham of Barnsley AC throwing 15.01 to not only win the championship by almost 3 meters but to go top of the national rankings at the same time. It will be interesting to see how long this records stands.

On the track we had lots of exciting competition but the weather ruled out new cbps, Ella Barrett of Chesterfield and Catherine Reid of Manx AC battled out a closely contested under 17 women 300m and came the close to the cbp. George Mills of Harrogate held off a strong finishing Jacob Brown in the under 17 men’s 800m to win in 1.59.65

The young Warrington sprinter Fisayo Williamson-Taylor showed why he was a hot favorite for under 15 sprint double by collecting both titles on a busy afternoon for him. He won the 100m in 11.57 and 200m in 23.67. Preston’s Joshua Letherd picked up the bronze medal in both events.