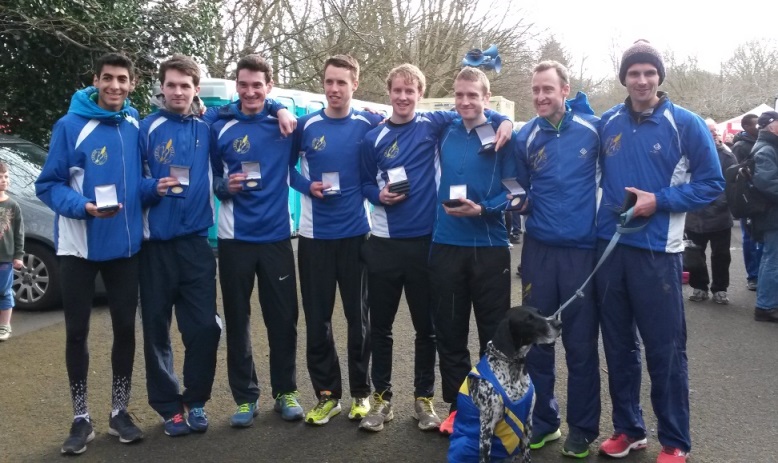 In 2012 when this event was last held at Sefton Park Liverpool Harriers used local knowledge to maximise their home advantage and ran out clear winners. However this time with the finish little more than a mile away and holding over a 70 second advantage for some unexplained reason their last leg athlete along with two other runners went off course and handed a very surprised Leeds City the title.

Jonny Mellor on the first of the long stages gave Liverpool the perfect start handing over a lead to the talented youngster Matt Shirling who held it for the Liverpool club on leg 2.  Carl Smith on leg 3 (the second of the long stages) overhauled Liverpool and presented Leeds the lead which they held until leg  7. Both Bolton and Border had strong early challenges but these petered out by midway when Morpeth, Salford, Sale and Horwich all stated to move through and contest the top six.

Liverpool regained the lead on leg 7 when Liverpool & District cross country champion Danny Cliffe running the fastest long stage of the day caught and passed Leeds. James McNally and Ben Russell both built on this as the Liverpool lead increased. Leeds and Morpeth swopped place a few times in second place between stage 7-9 but it was already looking like another win on home soil for Liverpool Harriers. Ben Martin and Dan Mooney both had solid runs for Liverpool on legs 10 and 11 and although Leeds had pulled them back a little, the 70 plus second advantage they held going into the last short leg looked enough to secure them the title.

What happened on leg 12 is a mystery! The course was well marshalled and no one else out of the many hundreds of other runners had to my knowledge gone off course (some only completed one lap on the long stage but never strayed off course) It seems that a group of three athletes including two from Liverpool Harriers, (one of which was a B team being lapped) and another from a lapped Sunderland team somehow in the heat of competition went on a route of their own around the outside of the park. This was an unbelievable gift to a distant Leeds team who had already settled for silver medals and no one could have been more surprised than Michael Slater when he crossed the line to discover that he had anchored Leeds to victory.

Tom Lancashire of Bolton had the third fastest long stage of the day behind the Liverpool pair of Danny Cliffe and Jonny Mellor. On the short stages Altrincham’s M AbuRezeq ran 11.16 for the fastest time of the day. Chris Parr of Gateshead 11.27 was second quickest and Morpeth’s Andy Wiles 11.38 was third quickest. 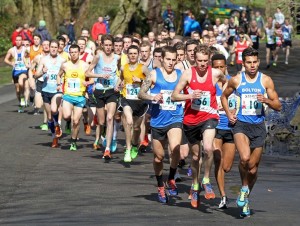 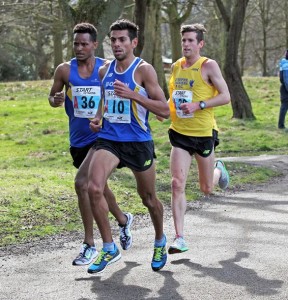 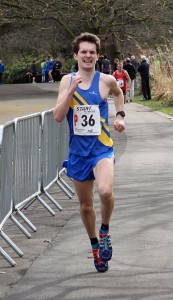 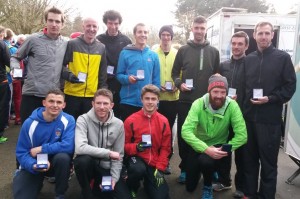 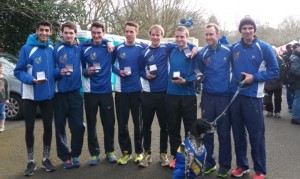