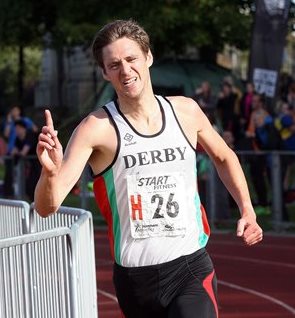 The attraction of Blackpool on a September Saturday showed in the record senior men’s entry of a 125 teams, of which 116 lined up for the first leg.

First back proved to be Derby in the shape of Ben Connor, given the same time of 19.51 as James Douglas of Border Harriers. Horwich RMI’s C Farrell was 10 seconds behind in 3rd place, closely followed by Leeds City in 4th. Further back, the Morpeth team manager’s selection was unusually proven wrong, with their B team 8th and A team 10th.

Leg 2. No change in the top 2, but Salford’s Carl Hardman moved his team up 8 places into 3rd, with Liverpool Harriers up 3 places to 4th. Preston held onto 5th spot, and Sale in 6th. The fastest time on Leg 2 went to Hallamshire’s Andrew Heyes, in a time of 19.32, moving them up 30 places to 7th. 8th place saw order restored in the Morpeth camp, with the A team now ahead of B in 9th. 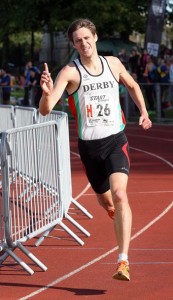 Leg 3. Whilst Derby retained their lead, Salford moved up 1 into 2nd, with Morpeth A in the shape of Carl Avery, who produced the fastest time over this leg, moving the team up 5 places into 3rd. Border Harriers 4th, Sale 5th and Liverpool Harriers in 6th.

Leg 4. No change with Derby some 5 seconds ahead of 2nd placed Liverpool Harriers, who thanks to Daniel Cliffe’s fastest time of the day, 19.28, moved up 5 places, followed by Morpeth A, Salford, Sale and Border.

Leg 5. Liverpool Harriers momentum continued on this leg, as Ben Russell with the fastest leg time of 20.17, put them in pole position. Derby dropped 1 place to 2nd, Morpeth A remaining in 3rd some 26 seconds ahead of Sale, Salford and Leeds City.

Leg 6. Derby entrusted their last leg to Richard Weir and he did not disappoint, as he overtook Liverpool Harriers to win by 39 seconds. No surprise on leg 6 for the Morpeth team as the ever reliable and fast Ian Hudspith produced the fastest time of 19.38 over this leg, as they remained in 3rd place, some 39 seconds ahead of Sale, followed by Leeds City, Salford and Border. Hudspith’s phenomenal efforts to catch the Liverpool Harrier, were one of the highlights of the day, especially on the track, where the gap was reduced to just 1 second as Hudspith gave everything for his team.

Leeds City not surprisingly took the Yorkshire title in 2.03.51 with Hallamshire taking silver medals in 2.06.37. A much improved and a delighted Sheffield RC took the bronze medals in 2.11.58 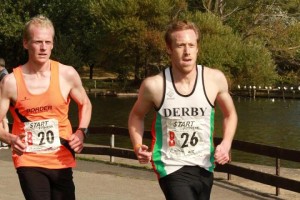 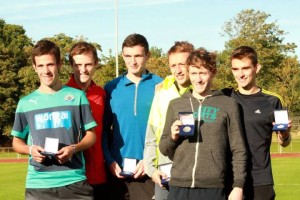 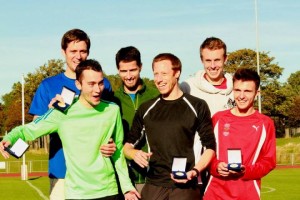 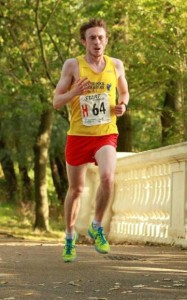 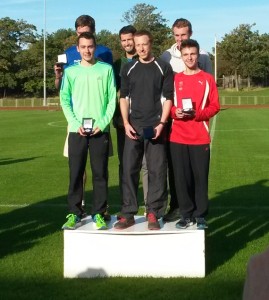 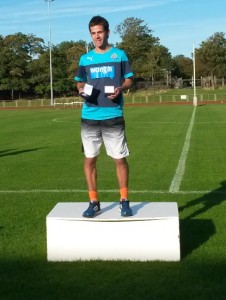 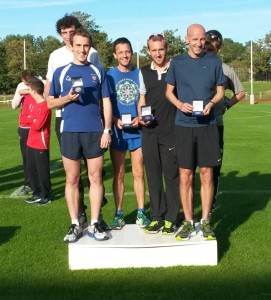