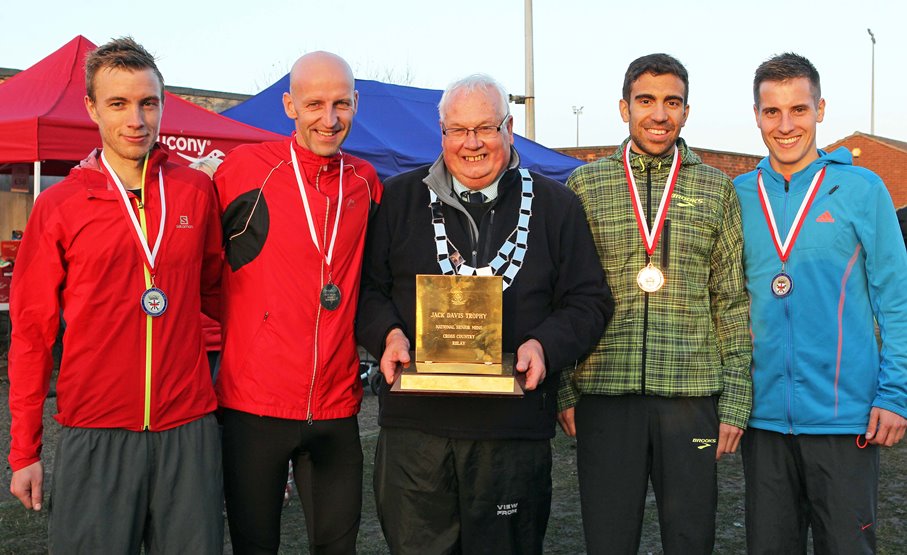 It was a good day for senior Northern clubs at the ECCA national cross country relays championships at Mansfied on the 31st October as both Leeds City women and Morpeth men captured the senior titles.

It’s been a fruitful year for Morpeth senior men as they added the ECCA relay title to the national 12 stage title they lifted earlier in the year. If you add in the ECCA senior title they picked up in 2013 its been a pretty impressive list of silverware picked up by the North East club in recent times. In a very competitive race Morpeth only hit the front on the last leg and then it was a battle to the line as they held of the strong challenge from Highgate.  Lewis Timmins led off the Mopeth team and on a very quick first leg he handed over to Jon Taylor in 21st place. Jon had a storming run and handed over to the ever reliable Ian Hudspith in 4th place. Ian now in the V/45 category and always a safe pair of hands kept the Morpeth challenge on track handing over to Nick Swinburn in 5th place. On a frantic last lap Nick running the second fastest time of the day overhauled Highgate and held on to give Morpeth the crown. It was a delighted ECCA president and fellow Geordie Bill McGuirk who presented the winning Morpeth with their trophy, I am sure Bill will be hoping for more success for northern teams during his term of office. Liverpool Harriers who had looked for so long likely to pick up medals just missed out on the last lap and finished in forth place.

If the men’s race was close well the women’s was even closer as Leeds City battled it out with Shaftsbury Barnet right to the line. Emma Clayton got Leeds off to a good start bring them home in 4th place just behind Shaftsbury Barnet. Claire Duck took the Yorkshire team to the front on stage 2 with the narrowest of leads over Shaftsbury Barnet and it was clear that Rachael Bamford had her work cut out to hold off the London team on the final leg. However with  determined resolve Racheal held off the challenge of  Shaftsbury Barnet and brought the Leeds City team home for the national crown. Stockport’s Ellie Vernon picked up the fast lap award to add to the north’s spoils in this event.

Scott Beattie of Morpeth produced the fastest time of the day in the under 17 men’s event and that was the total medals won in that age group by northern athletes.

Vale Royal whose young athletes have been turning in good performances all year collected silver medals in the under 15 boys. The Cheshire clubs team of Wearing, Bold and Lee will take heart from this fine run and will be looking for more medals during the winter. It was silver medals again for Liverpool Harriers in this age group as their girl’s trio of Miller, Ireland and McNiven finished second ahead of Manchester Harriers who will be very pleased with their bronze medal team of Stiles, De Campos and Hughes. 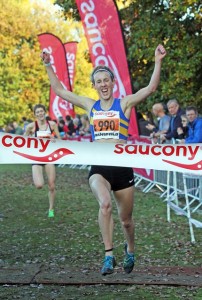 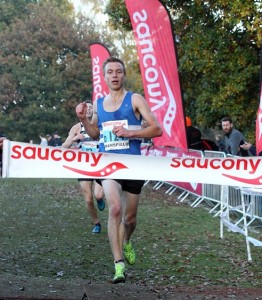 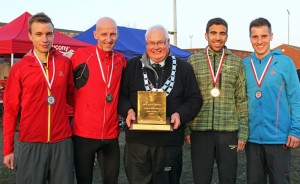