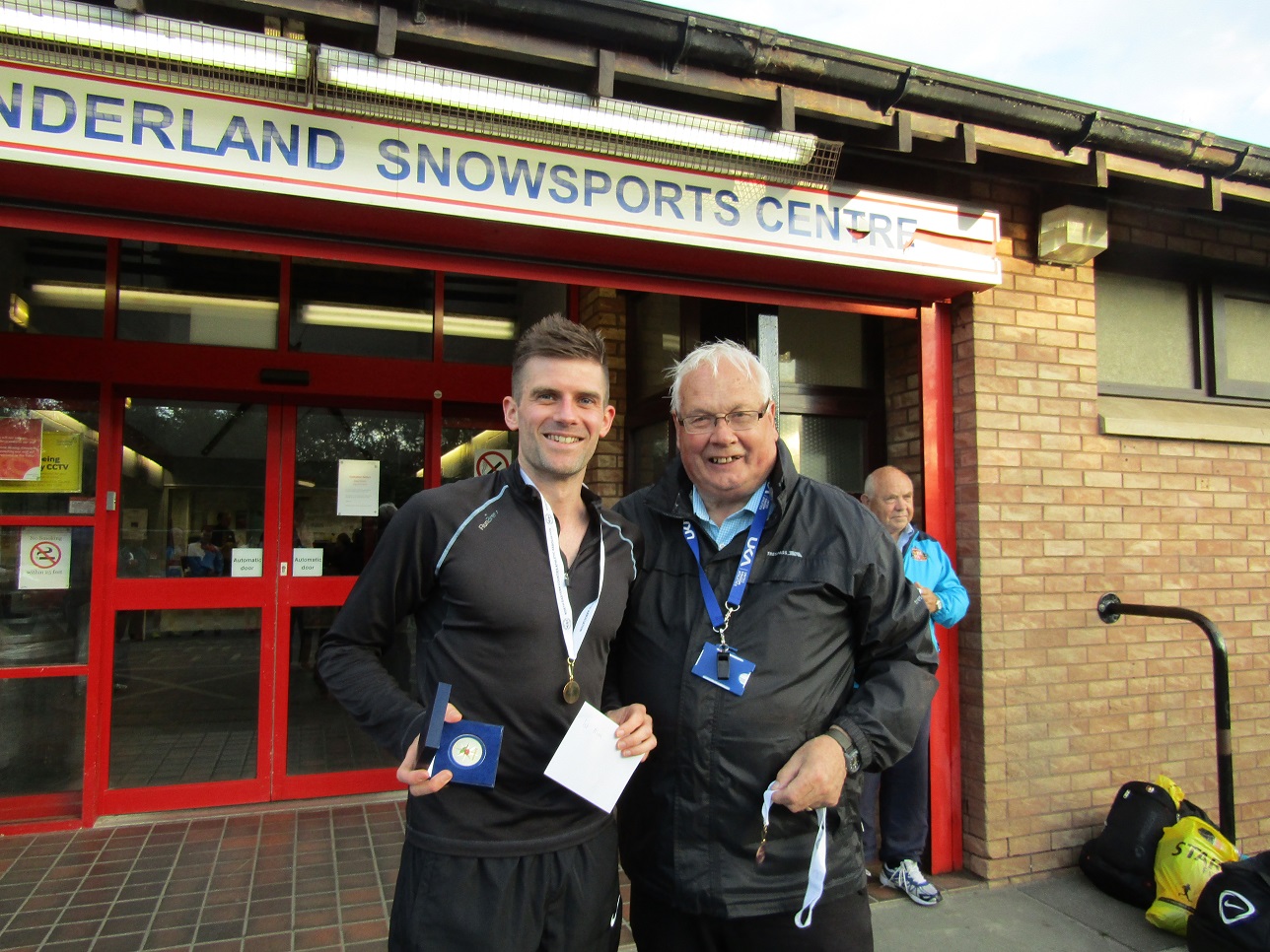 Sunderland’s Silksworth Sports Complex was again the host for the N.A. 5K Championship event.
The tough undulating traffic free paths are ideal for this evening event, and organiser Kevin Carr had another sunny evening for the race.
The woman’s team race was dominated by by Jarrow and Hedburn with three athletes in the first 8 places
The individual winner was Morpeth’s Emma Holt 17.18. 2nd was Alexandra Sneddon, Jarrow, 17.36 and 3rd was Tracy Millmore, Birtley, 17.50.
The first team was easily seen with those famous yellow vests with black diagonal stripe of Jarrow’s well up at the front. Georgia Campbell 7th in 18,36 was just ahead of Elaine Leslie, 8th 18,47 to ensure the winning team went to Jarrow,
The 2nd team went to host club Sunderland, Alice Smith, 4th, 18.04, Jessica Fox 10th 18.57, and 3rd counter for the team Eve Quinn 13th 19,21.The team from Birtley winning the Bronze team medals with Tracy Millmore 3rd Chloe Price 6th 18.21 and the final counter Kirsty Walker 41st.

Sunderland do the senior and under 55 men in a seperate race from the women over the same course and again it was a very tight finish, this time between between Gateshead, and Morpeth
The winner was Gateshead’s Chris Parr 14.55. some 13 seconds ahead of Sam Hancox Morpeth, 2nd 15.08 with Gateshead’s Under 21 Jed Marshall 3rd just 1 second behind, 15.09 in 3rd place
However with Gateshead’s 3rd counter “down ” in 17th place it allowed Morpeth to win the team medals with Sam Hancox 2nd being well supported by Russ Floyd 4th and Thomas Straughan 7th.
Host club Sunderland again showed their strength in depth with a well deserved bronze team medal as their first 3 athletes followed each other into the finishing funnel ,Sparrow Morley 9th, 15.29 Steven McMahon 10th 15.29 and Andy Powell 11th 15.33 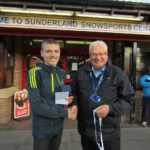 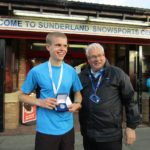 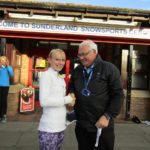 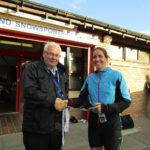 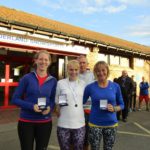 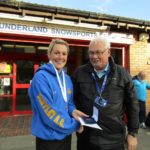 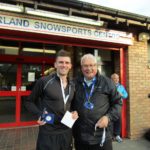 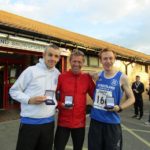 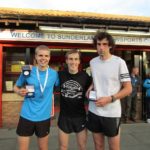 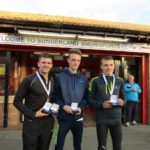