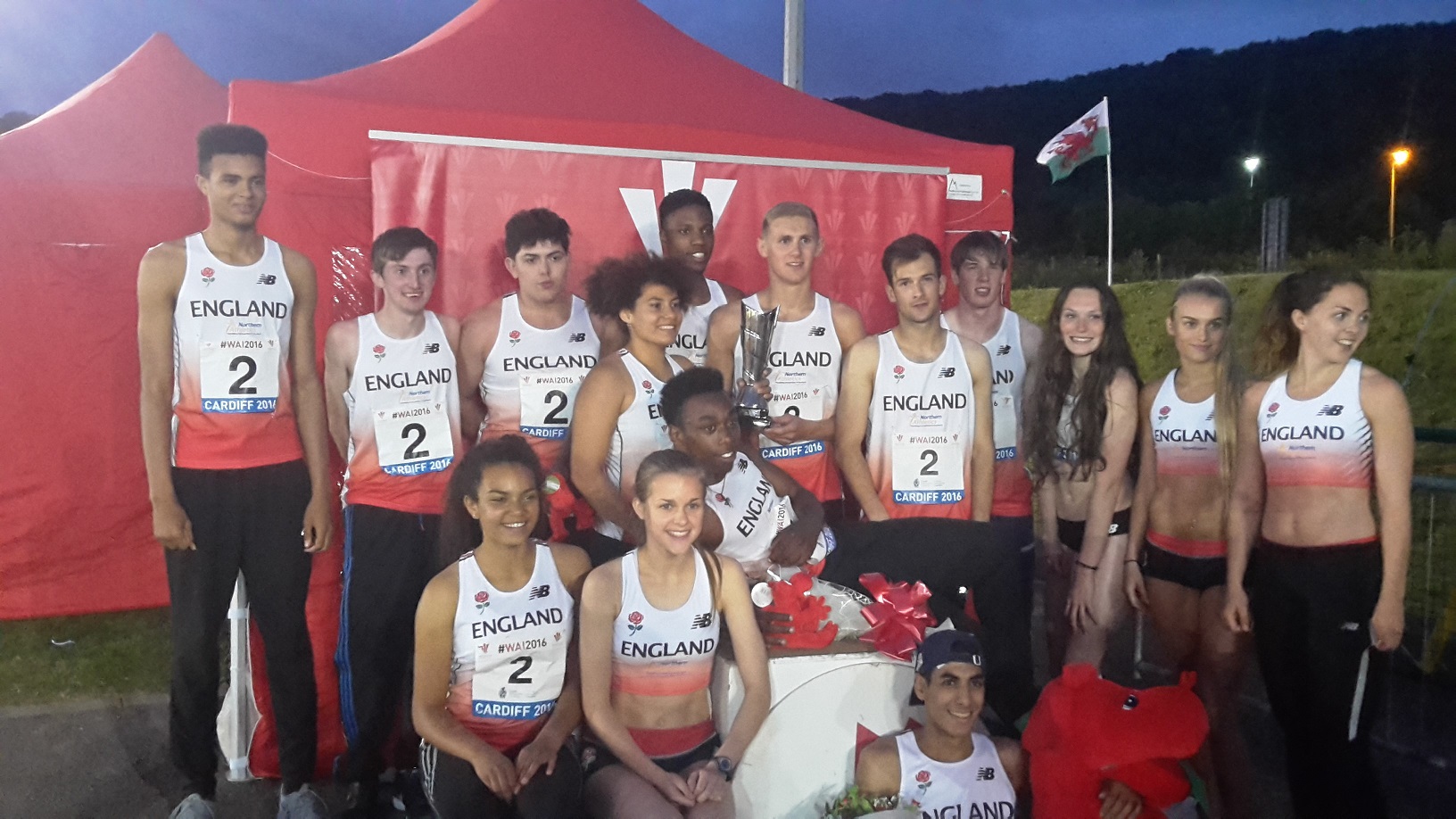 The team representing England North came away from the meeting with a first ever victory in the event taking the title by 9 points over England South and England Midlands with Wales under 20 in fourth place. The teams representing the England regions being generously sponsored by England Athletics. Although marginally third in all track events the team’s dominance in the field events took them to overall victory.
With three Championship best performances, 10 individual wins and three personal bests on the night team manager Shaun Hird described the win as “a fantastic achievement by the team especially considering some were only called into the team at the last moment, it’s great for the athletes, managers and the North of England”. The team were also praised after the match by senior officials not only on the standard of their performances but on the standard of their behaviour during the competition.
The team began their evening with an impressive season’s best and Championship best from Sophie Percival in the Javelin with a throw of 42.09 metres. The other Championship best in the field came from Emily Borthwick in the high jump who set a new record of 1.76 metres which was also a personal best. The final championship and personal best from the team came from men’s team captain Lee Thompson. Competing in the 400 metres Lee set new figures of 47.32 seconds.
In the men’s throws Tom Dobbs was a clear winner in the discus with a new personal best of 46.03 metres and Robbie Shaw took the honours in the shot putt with 15.47 metres.
Ossama Messlek ran a controlled race to take the men’s mile in 4 minutes 20.34 seconds and Connor Wood took the 200 metres in 21.70 seconds.
The women’s pole vault saw an assured performance from Jessica Swannack who took the title with a clearance at 3.65 metres.
The first of two individual track wins for the ladies came from Chloe Esegbona in the 400 hurdles in a time of 62.94 seconds and Tilly Simpson although still an under 17 won the 800 metres in 2 minutes 10.17 seconds. Chloe then returned to finish in third place in the 100m hurdles in 15.48 seconds.
There were second places for Amy Hinchly in the women’s mile in 5 minutes 02.16 seconds and ladies team captain Maggie Okul in the hammer with a throw of 53.96 metres. Second for the men was Reynold Banigo in the long jump with a distance of 6.96 metres. Eleanor Rawson place second in the women’s 200 metres in 25.32 seconds and had earlier finished third in the 100 metres in 12.40 seconds.
William Aldred answered a late call up to the team to place third in the men’s 110 hurdles in a solid 14.74 seconds. Matthew Harrison revised his personal best in the 400 metre hurdles for fourth place in 65.60 seconds and Sam Griffin was fourth in the 100 metres in 11.48 seconds. Toby Adeniji was fourth in triple jump just 1 centimetre shy of his personal best with 13.30 metres. There were hard fought 5th place for Cameron Bell in the 800 metres (1.57.39) and Jenny Gilmour in the 400 metres (58.84).
The final event of the day proved a fitting climax for the England North team with Sam Day, Lee Thompson, Sam Griffin combining in the medley relay (600.400,200,200) to win by a clear margin in 2 minutes 55.69 seconds.
The England North management team of Shaun Hird, Helen Esegbona and Rick Betts would like to thank all of the athletes for their hard work, commitment and efforts on the night and the positive and friendly attitude that they displayed throughout.
Final points score:
1st: England North U20 = 108 pts
2nd: England South U20 = 99 pts
3rd: England Midlands U20 =92pts
4th: Wales U20 = 65 pts
5th: WSAA U20 = 29 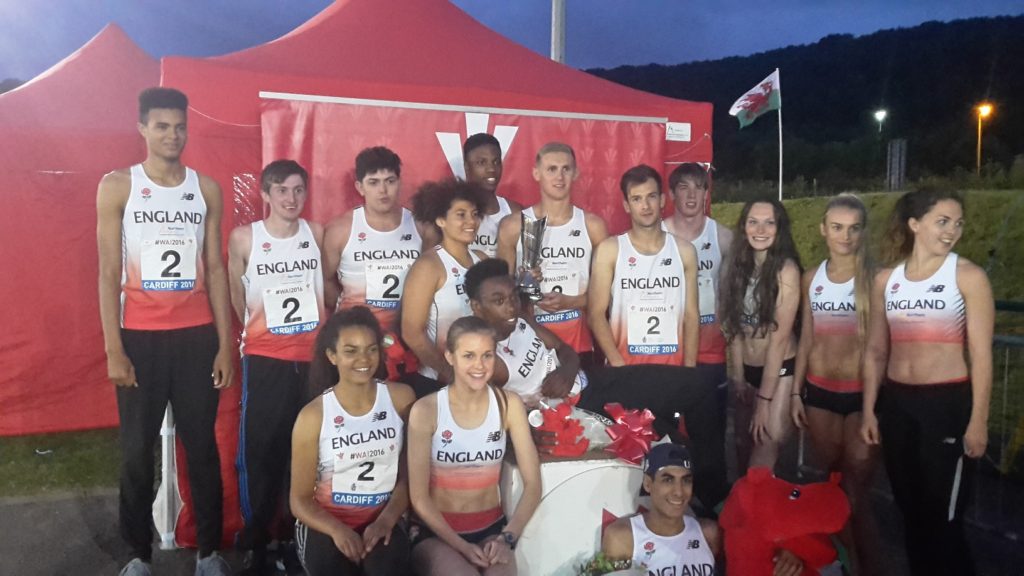