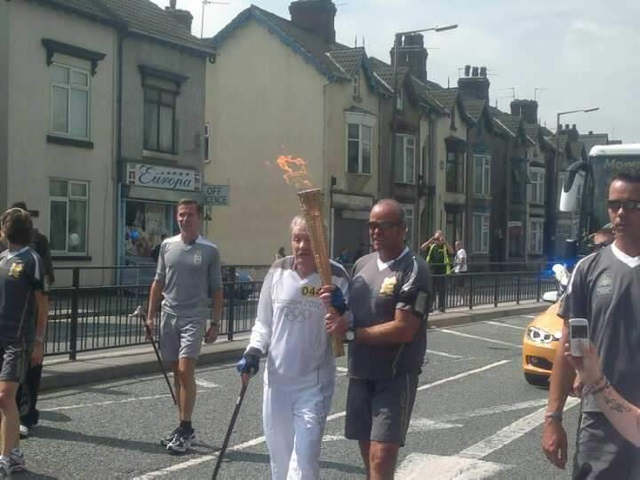 It is with great sadness that we learned that Ian Wainwright passed away in the early hours of Wednesday morning (20 July 2016). Ian will be well known and fondly remembered by many colleagues, former competitors and athletes who benefited from his coaching and support over many years. Ian devoted himself to athletics for more than 60 years as an athlete, qualified official, club stalwart and coach.

His love of athletics was inspired at the age of eight when he saw Sydney Wooderson running his last major race in Graves Park, Sheffield. Ian was a fine athlete in his own right, although in his own words he ‘turned into a respectable runner after unpromising beginnings.’ He competed for Sheffield United Harriers and Borough Road College (now part of Brunel University) winning the Yorkshire steeple chase in 1967 in 9.07.6. That same year, he joined the Toronto Olympic Club, helping them to win the cross country titles of Ontario, Eastern Canada, Canada and the USA. Ian’s personal bests included 2 miles in 9.03, 3 miles in 13.45 and a marathon in 2.27.54. In later years, Ian competed at and became a great advocate of orienteering. 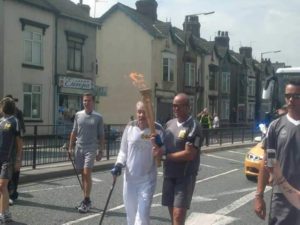 It is as a coach at Hallamshire Harriers, a role model and a friend that he will be remembered by the countless number of athletes whom he inspired with his love for the sport over many decades. They will also remember the generosity and hospitality they enjoyed at Ian and Margaret’s home, enlivened by Ian’s endless anecdotes and humour. One of the current training groups at Hallamshire Harriers owes its overall philosophy to Ian: He was head coach and the driving force behind this group until a terrible accident at home left him with broken vertebrae in his neck.

Ian spent untold hours coaching at the track, on the roads and over the country. He was constantly on the phone to athletes, discussing training and offering encouragement and support. Even after his accident, Ian made sure that he remained in close contact with his athletes. One of his proudest moments was to carry the Olympic torch in the lead up to London 2012—supported by family, friends and athletes with banners and balloons along the route—in recognition of his contribution to athletics.

Athletes were often confronted with sessions that not only taxed their physical abilities but also their mental agility, given Ian’s fondness for mathematical and word puzzles that had to be solved as the session developed. Ian inspired his athletes by his own example, running every day and carefully logging his mileage over many years and the number of continents and countries in which he had trained. On one memorable occasion, while running with the group through a pine forest in Monte Gordo as a warm up before a track session, another group passed in the opposite direction with the coach at the back riding a bicycle. Ian turned and shouted loudly, ‘Coaches run!’

Everyone who encountered Ian will remember his forthright and honest views, his compassion, generosity, support, love of life and sport and his sense of humour. Ian’s philosophy of life is aptly summed up in the words of one of his heroes, Emil Zatopek: ‘Great is the victory, but the friendship of all is greater.’