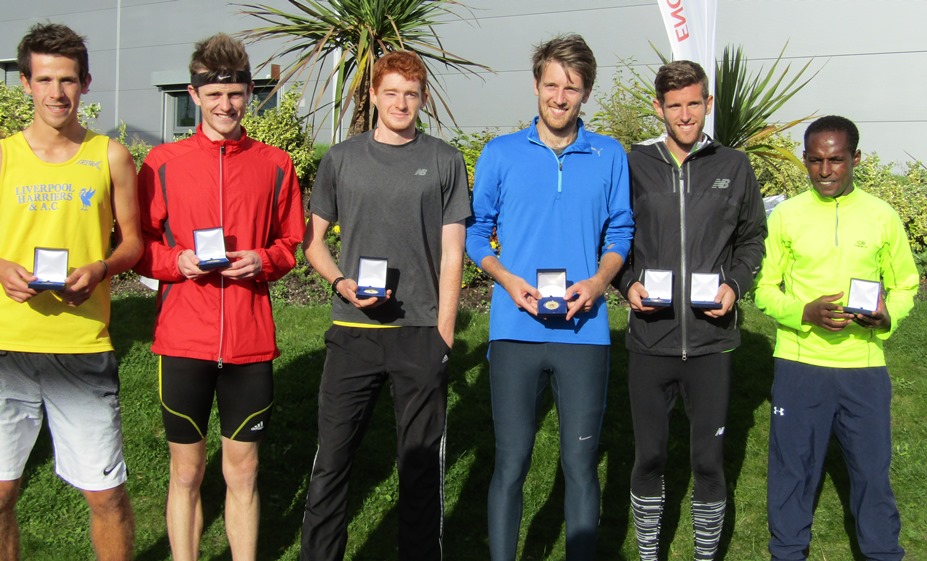 Current holders Derby, silver medallists Liverpool Harriers and bronze medallists Morpeth, were all expected to be at the front again alongside the Manchester duo, Sale and Salford, and the perennial medal winners from Leeds City.

First back was Andrew Heyes of Hallamshire in 16.10, which proved to be the 2nd fastest time of the day. He was quickly followed by Chris Parr of Gateshead and Andrew Davies of Stockport, with 50 seconds covering the top 10 places.

Stage 2 saw Liverpool Harriers unleash their talisman, Jonny Mellor, who pulled them up 6 places to top spot with the fastest time of the day in 15.59. Stockport moved up 1 place to 2nd ahead of Lincoln Wellington, with Derby moving up 4 places to 5th and Morpeth up 7 places to 8th.

Stage 3 produced no change in the top 2 places, but Morpeth’s charge continued, no doubt inspired by acting team manager, Jim Alder, as they moved up a further 4 places to 4th.

Stage 4 saw the lead change hands from Liverpool Harriers to Stockport, with Derby in 3rd, Morpeth 4th, then the Manchester duo of Salford and Sale. Fastest time on Stage 4 was provided by Carl Hardman, Salford, in 16.08.

Stage 5 saw the return of Liverpool Harriers to the top, with Daniel Cliffe pulling out the 2nd fastest leg time of the stage in 16.17, with the fastest stage leg belonging to Peter Newton in 16.12. Derby were 3rd, whilst Salford hit their highest position in 4th with Chris Livesey.

On Stage 6, Liverpool Harriers became champions as they increased their lead from 1 second to 30 seconds. Derby, in the form of Richard Weir, overtook Morpeth for 2nd, with Lincoln Wellington 4th, Salford 5th and Sale 6th. 1st B team also belonged to Liverpool Harriers in 17th place. 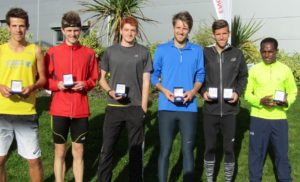 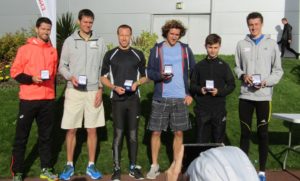 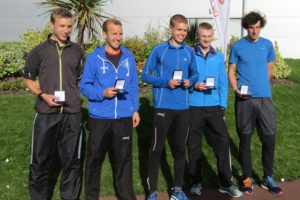