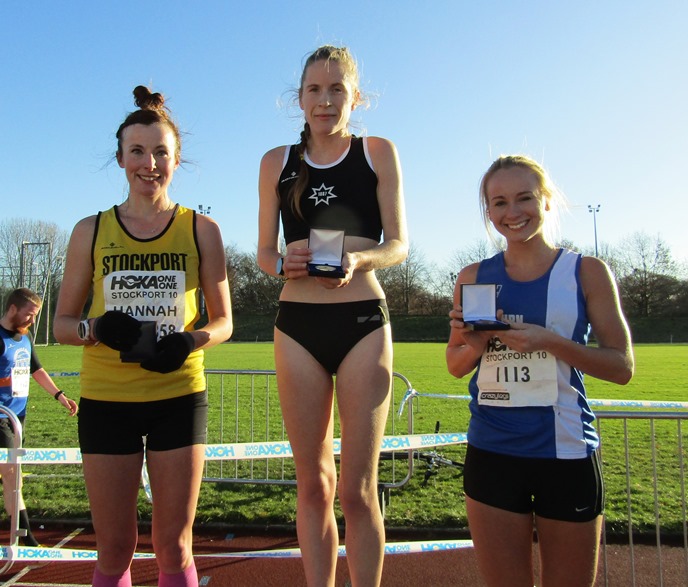 The dry, sunny weather was in sharp contrast to last year’s wet and dull conditions, as nearly 1,000 runners set off on the track promptly at 10:00. Out of the track onto the flat paths of Woodbank Park enabled a lead group to pull away before they hit the road. Tucked in just behind the lead group, wearing her distinctive black Rotherham kit, was Sophie Cowper the eventual first lady.

Two hills and some nine miles later, Stockport’s Pat Martin was first into the stadium without any other runner in sight. Pat won in a time of 50.05 and it was some 2 minutes later when 2nd man, Sale’s Nigel Martin, appeared on the track to finish in a time of 52.40. Blackburn Harriers’ Chris Arthur was 3rd male finisher, just 20 seconds behind second place in a time of 53.00. 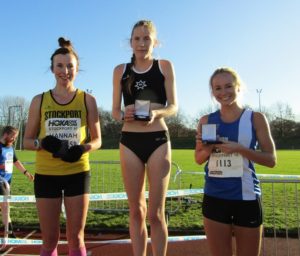 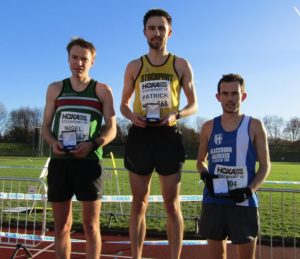