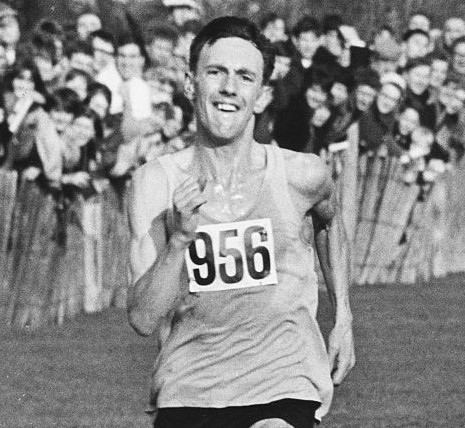 Northern Athletics is saddened to learn of the death of Mike Turner on 6th January 2017. Mike as an outstanding endurance runner of the 1960s and early 70s.

At school Mike was an excellent rugby player and cricketer, and the teachers wanted him to concentrate on those sports rather than running. Furthermore, his barrister father thought that Mike’s spare time would be better spent reading, rather than running around the roads. But he was determined to run, and did so, demonstrating the single-mindedness which would be the foundation of his years of success in athletics. For most of his running career, Mike was based 200 miles away from Liverpool, but he travelled to race for the Club whenever and wherever he was needed. He competed from 800 metres upwards on the track, ran many superb road races (from relays to the marathon), and occasionally raced over the fells and trails, but cross country was his speciality: the harder the course, the better he liked it! He was one of the country’s top cross-country runners for a decade, winning many titles, and captaining the England Cross-Country team.

Born on the 6th May 1939, he was educated at Liverpool College on the fringe of Sefton Park, near where
his family lived. He was introduced by his cousin Bob Beecroft (GB steeplechaser) to Liverpool Harriers’
Secretary, Tom O’Mahoney, in 1956, and has been a member ever since. Mike’s start for the Club was to
finish third counter in the Youths cross-country team wins at the West Lancs Championships at Southport and the Northern Championships at Port Sunlight. In the English National at Warwick, he led the team home to an historic victory – the first National team win since the Senior team at Manchester in 1885!

The student moved on to Cambridge University where he gained a degree, then a PhD, then became a
Lecturer, and eventually finished his career as Bursar of Peterhouse until his “compulsory” retirement in
2006. While studying at university, he won the annual Oxford v Cambridge cross-country, took the British Universities title twice, and gained the nickname “Wilson”, after the hero of schoolboy fiction. He was served as president of the Cambridge cross-country team (“Cambridge University Hares and Hounds”) for an amazing 30 years.

The 1960s was a highly successful decade for Mike. His progress was steady, and his consistency was
impressive. It began when he won the 1960 District and West Lancs titles and finished eighth in the
Lancashire race, which earned him his first of numerous County vests as part of a team that dominated the Inter-Counties Cross-Country for many years. The following year he stepped up to international after
finishing sixth in the English National, and finished 23rd in the International Cross-Country at the age of just 21 years.

In 1963, he made a trip to Blackburn for the Northern Cross-Country Championship and won, over a treacherous course, to become the first Club member to take the title since Teddy Waterson back in 1887. The next year, Mike won the British Universities title (which he did again in 1965). He also won the
Inter-Counties title, beating Mel Batty by three seconds, and leading the Lancashire team home to a post-war record winning margin and their sixth consecutive team win. In the English National, later that year, Mel reversed the positions to beat Mike into second place by just 10 seconds.

The English National at Graves Park, Sheffield in 1966 saw the most thrilling finish ever in the history of 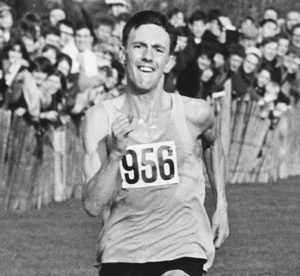 the race, when Mike lost on the line to his long-time rival, Bolton’s Ron Hill, with both given the same time. Mike probably started as favourite, having convincingly beaten Ron to take the Northern at Huddersfield, and he had led virtually all the way, but had to settle for “only second” again.

Mike’s training régime was extremely tough, and without compromise. He trained at 7.30am, and again
before lunch, and often ran on the morning of a race! Unusually for an athlete at Mike’s level, he did not
have a regular coach, but he did have access to the experiences of the likes of internationals Bruce Tulloh
and Tim Johnston, along with coaches Denis Watts and Allan Malcolm, as well as having top physiologist Griff Pugh at hand. He certainly became very knowledgeable, and anyone talking to him would be impressed at how much thought went into his training and race preparation.

He continued to perform at the highest level for several more years, over the country, leading to one newspaper calling him “A Lion in Winter”. He had another nickname at that time, used by those runners and supporters who really understood the quality and consistency of his performances: “The King”. What an accolade! Captaining England for the first time, to a team victory in the International Cross Country Championships in 1969, at Clydebank in Scotland, gave him his most pleasurable moment.

At last, in the 1970s, the Club had a team to give Mike the support he deserved. The road relay team won the AAA 6-stage Championships in 1974/5/6, with Mike still the perennial strong man in the squad, running fastest lap of the day in the AAA 6-Stage on several occasions. He was also the key to the many team successes at cross-country in that era, where the highlight was silver medals in the English National at Luton in 1975. It was a great result, with Mike as first counter, but, as usual, his standards were set high, and his comment to Tom O’Mahoney at the finish spoke volumes: “only second again”!

On the track, Mike ran for British Universities, Lancashire, England, and Great Britain
‘B’, and finished third in the AAA 10 mile. He had best times of 13mins 52secs for 5,000m, and
28mins 33secs for 10,000m. He was inspirational for the Club’s British League team, often winning the
5000m and the Steeplechase!

One day in the 1970s, Mike showed his ability in a very different field, when he and friends Tony Swindlehurst and Geoff Gaskell provided the entertainment at a Club Social Evening – with songs and anecdotes. These events became aregular feature, with Mike playing guitar and singing witty and perceptive songs which he himself had written, including several about recent happenings in Club life. In
particular, his “Just a Bluebird on a Yellow Duster” summed up what it meant to be a member of Liverpool Harriers.

Veteran competition (now known as “Masters”) presented a new challenge for Mike, and he rose to that
challenge brilliantly, as you would expect! Perhaps his best performance was setting a UK Veterans 5000m record of 14:22 in June 1979, during a BAL race for the Club! In July of that year, at (Charles Rice’s) Kirkby Stadium, he took the British Veterans titles at 1500m (4:06) and 5000m (14:42). Later that month he finished second to long-term rival Mike Freary in the World Veterans 10k road race.

Mike also put a lot back into the sport: he was a team manager with the 1988 Seoul Olympic Team, served a period as treasurer of the BAAB, and authored the “Turner Report”, which defined the way British Athletics should be organised. His story has been an inspiration to many – whether youngsters starting off in the sport, or mature runners who gained from his knowledge and enthusiasm.

When Mike won the Blair trophy (awarded for the best performance by a Merseyside athlete) in 1964, for the third year, his modest response was typical of the man: “Wearing the ‘Liverbird vest’ inspires me to run that bit faster”. Recently, he admitted there was another factor behind that comment: he has always kept one of the original “old gold” vests for those special races which really mattered.

The above pen picture was initiated by Arthur Fryer, edited by Frank Davies  and approved by Mike himself in 2009.
Roger Robinson Tribute