For the second successive year, Northern Athletics elected to send teams to the Iris Brussels Cross. A great event which sees quality athletes from across Europe (and Africa) come together soon after the European Cross and what has recently shown to be a springboard for Northern athletes on to the International radar.

This year NA were decimated by illness and late call ups to England but still managed to assemble 7 athletes, 4 female and 3 male. The ladies team was led by established Olympian Laura Weightman, (Morpeth) on her North debut run a storming race to finish ahead of the England contingent to finish third (19.46) backed up by Lucy Crooks in 15th (20.47), Amelia Pettit in 18th (21.16) and our U/23 Zara in 21st (21.36). The race was won by Fionnula McCormack – Britton in 19:28 with Louise Carton 2nd in the same time as Laura.

In the Senior men’s race NA were represented by Jamie Roden (Sale) who made the short dash from a family break in Paris to wear coveted North vest and Josh Woodcock-Shaw on his NA debut (Leeds City). Both Matt Bowser (Lincoln Wellington) and Luke Gunn (Derby) were selected, but both fell victim to the viral infections that were so widespread & this meant a late call up for the impressive U/18 European Junior 800m champion George Mills (Harrogate AC) to continue his strong season over the Country in the junior men’s race. The Seniors were in excellent form with the experience of Jamie paying dividends to finish in 25th (28.35) just ahead of a strong finishing Josh in 26th (28.38). Morpeth’s Jonny Taylor was the first England finisher in fifth (27.02) & the race was won by Isaac Kimeli, of Belgium.

In the junior race an excellent debut for George saw him up with the strong early pace set by the 4 England athletes, only to lose touch over the last lap. However a typical strong finish saw George close a considerable gap to finish just outside the England four in 8th position (19.50) The race was won by Englands Tom Holden (19.15), with Christian Holm (Denmark) 2nd. Morpeth’s Scott Beattie (in his first England vest) was 3rd (19.29). Hugo Milner (Derby, again making his England debut) was 4th (19.36) and Jonathan Shields (City of Sheffield & Dearne) was 7th in 19.46.

Phillipa Stone (Middlesborough) was the second England athlete in the junior women’s race, finishing 5th.
Yet again all the athletes were a credit to their coaches and themselves and more importantly excellent ambassadors to NA.

We look forward to seeing these athletes and the other 7 Northern athletes who represented England in Brussels perform again in our Northern Championships at Knowsley Safari Park next weekend. 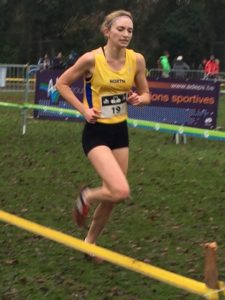 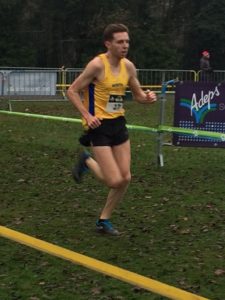 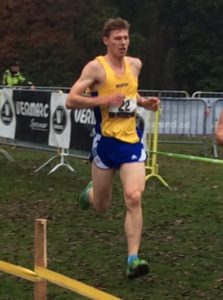