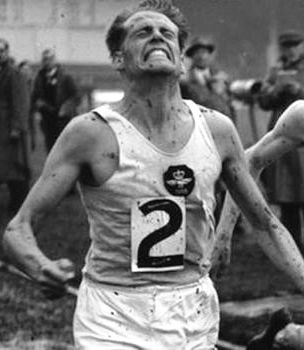 Derek Ibbotson, one of Yorkshire’s finest sportsman, has died (Feb 23rd), aged 84, in a Lupset care home after suffering from dementia for the last few years. 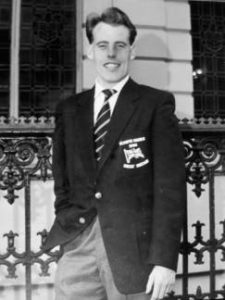 Ibbotson won a bronze medal at the 1956 Olympics in Melbourne behind Vladimir Kuts and his Great Britain team mate Gordon Pirie.
Derek Ibbotson always said he had been picked for his second choice event for the 1956 Olympic Games. He fancied his chances for a medal – even gold – in the 1500 metres but was picked instead for the 5000.
It was the era when Oxford and Cambridge dominated British athletics and Oxford’s Ian Boyd, the British team captain, had a place earmarked in the metric mile along with Brian Hewson and Sheffield’s Ken Wood.
In the event, Boyd ran well, placing eighth in the final ahead of the more fancied Hewson and Wood. The race was won by Ireland’s Ron Delaney.
Ibbotson watched from the stands, his frustration tempered by the bronze he had won in the 5000.
The following year Ibbotson concentrated on the mile.  In July 1957 he became world record holder thanks to a scintillating run at the White City when he clocked 3:57.2 to beat the best opposition in the world. Runner up, 10 yards adrift, was Olympic Champion Delaney! It was the last time the world record had been set on British soil despite Coe, Ovett and Cram following Ibbotson into the record books.
The Huddersfield man was never again to reach the heights of 1956 and 1957 although he ran many fine races and set European records indoors in 1962. Amazingly, he was within a whisker of Olympic selection for 1500 metres for Tokyo in 1964 but Melbourne remained his only Olympics.
He led Huddersfield based Longwood Harriers to many notable team successes on the track, road and country during the 60’s, never ducking a challenge even when less than fully fit. His last race was for his club in March 1968, the Northern Road Relay Championship at Derby when he ran a storming leg to take his team from a lowly 13th to third clocking the fastest time for his stage.
Charismatic, confident, even cocky, he was a crowd puller. Goodness knows what he would have earned in the professional era.
Born in Berry Brow in 1932, the younger of two brothers, Derek already showed talent as a runner at Almondbury Grammar School, winning the Yorkshire junior mile title in three successive years. Training in electronics after leaving school, he worked for many years for the electronics firm Plessey and achieved his world class performances by fitting in his training around the demands of a full time job. He later worked as promotions manager for sports firm Puma.
When national service in the RAF took him to the South of England, he briefly joined South London Harriers where he was a team mate of Gordon Pirie but returned to Huddersfield where he combined his running career with coaching. Walter Wilkinson, John McGrow and Tony Booth were three of his athletes and formed the nucleus of an outstanding Longwood team in the middle sixties. 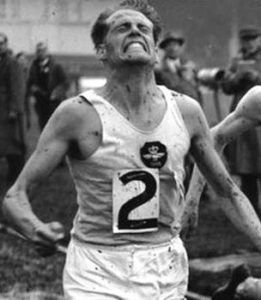 He had a brief flirtation with professional athletics after “retirement” and then had a successful career as a squash player, winning the national veterans title. Well into his seventies he was playing golf regularly as well as playing tennis and swimming.
Derek married Madeleine Wooller, an international athlete, and they had three daughters, Christine, Nicki and Georgina. Following their divorce he married Ann and they had a daughter Joanne. Following Ann’s death he moved to Ossett with his partner of 18 years, Lynette.
Derek was awarded an MBE in 2008.