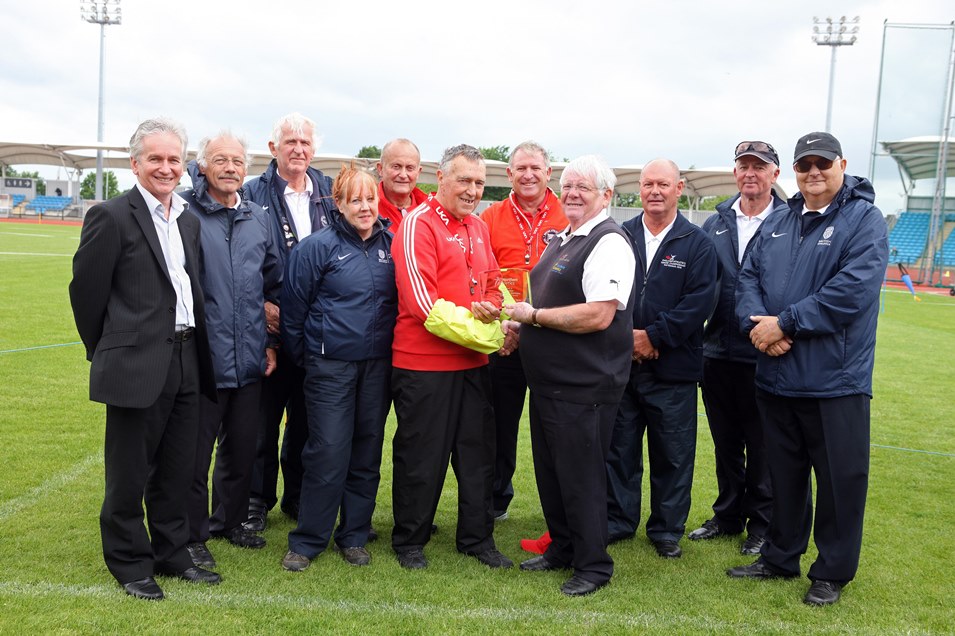 John Procter has been a dedicated starter ever since his grandfather’s guns were passed over to him in 1967 when he began his career attending local meetings in Lancashire. It should be remembered he had to purchase a long white decorator’s coat when he took up his first appointment as a starter which was the dress code of the day prior to the red blazers we know today.

He was always closely associated with his hometown club Preston Athletic Club and his passion for athletics commenced in the 1960s. He has always had a close affection for his county of Lancashire and the very popular Mid Lancashire League, of which he is proudly their current President.

John has been a starter at all levels from club through to international meetings and is still passing on his knowledge and experience to both seasoned officials and those just starting.

John has also given over 40 years of service in another capacity as a volunteer as a Boy’s Brigade officer where he has regularly organised sports events for the boys and in turn has always been motivated to keeping young athletes involved within our sport.

John is one of the most approachable officials on the track and is very popular with senior and junior competitors alike. Athletes in the Lancashire area who have progressed through from grassroots to national and international competition, competing in what might be their first major meeting, have immediately been reassured as soon as they saw John, knowing that there was a familiar and friendly face out on the track or working in the call room.

He has mentored many new starters from very humble beginnings through to being able to operate at top level. There are not many starters and very few clubs in the North who do not owe a great deal to John for the support he has given them in one way or another.

Northern Athletics, recognise his 50 years as a starter as do his fellow starters here today. We thank him for his dedicated service to our sport and long may it continue. 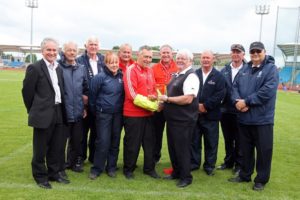