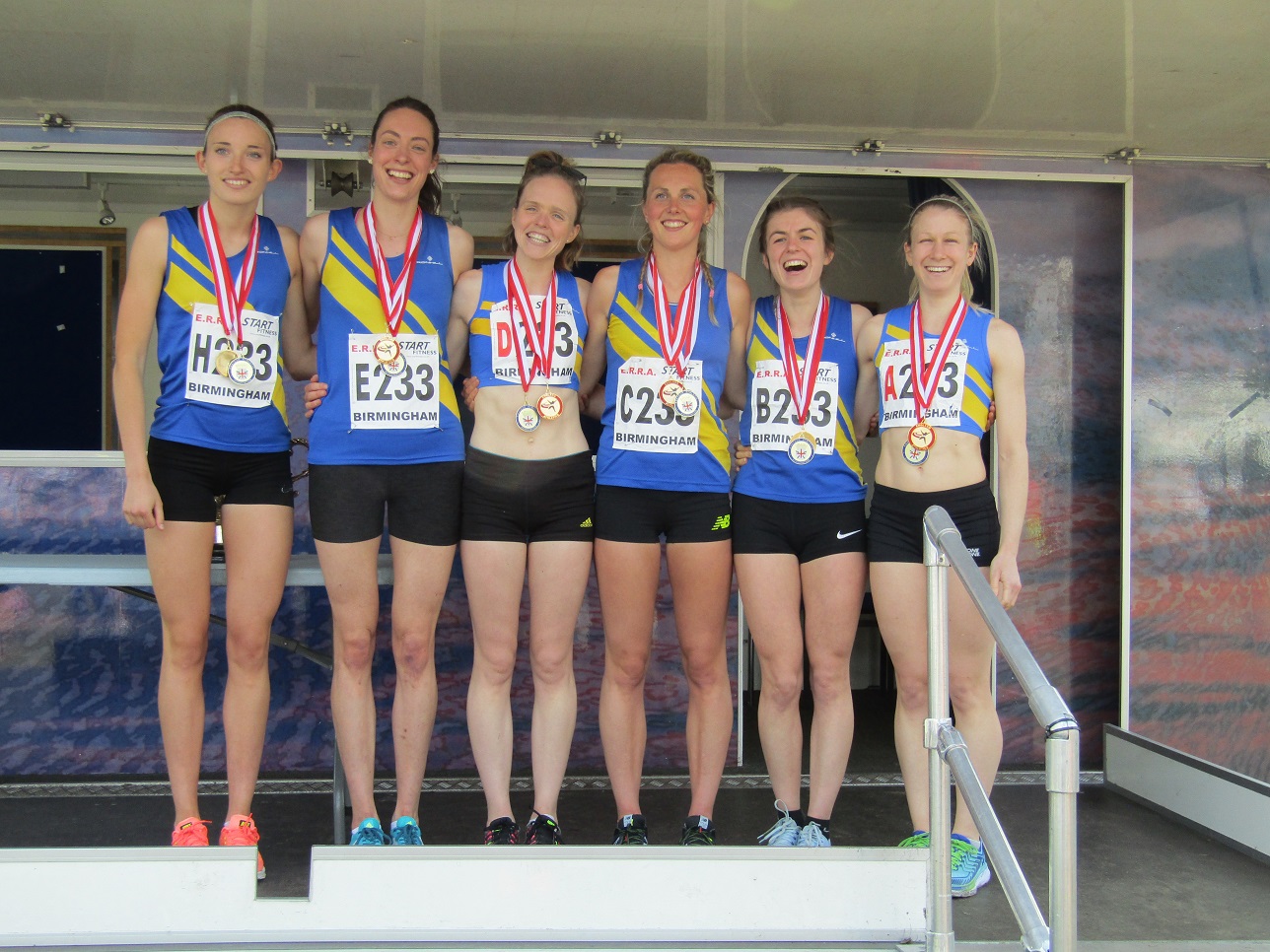 Leeds City AC women followed up on their recent success at the NA championships at Birkenhead by adding the English title to their season’s haul at Birmingham on 14th April.
The always reliable Claire Duck led Leeds off on a long stage coming home 3rd, Georgia Malir on leg 2 caught up one place as she handed over in second to Heather Sellars who held second place on leg three. Stevie Stockton with a strong run on the second long stage of the day took Leeds into the lead for the first time in the race. Alice Leake increased the margin on leg five and it was left to Lucy Crookes who ran the glory leg bringing Yorkshire club home with a big winning margin.
Rotherham who have also been having a good season added a national bronze to the silver medals they won at Birkenhead. Natasha Hatswell with a storming run on leg two brought Rotherham up from 12th to 3rd place which they held until the finish.
Lincoln Wellington finished 9th and just held off a fast finishing Salford team in 10th making it four Northern teams in the top 10. Eleanor Baker of Stockport running on leg two and making up 9 places recorded the second fastest short stage of the day.

In the men’s 12 stage Leeds City men  finished just outside the medals in 4th place ahead of NA  champions Lincoln Wellington who finished 5th. Leeds got away to a steady start start coming home 3rd on the first leg. Lincoln Wellington however had a difficult first leg in 27th which then left a lot to do.  They did recover and got as high as 3rd after a storming long stage from Matt Bowser on stage 5. Leeds also got as high as 3rd place but they were out of the medals after leg 8. Salford made the top 10 finishing in 8th position.  Ossama Meslek of Leeds on legs 6th was second fastest short stage of the day.
Results 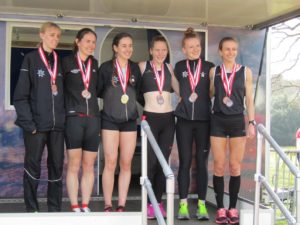 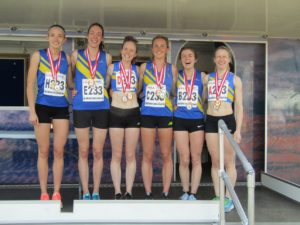 Wirral AC had a good day at the ERRA under 17s road running championships picking up team medals   in two events.
Their under 17 team of Tom Spence, Arran Kearney and Martin Hurst won the under 17s championship with Tom Spence picking up the individual bronze medal. Wirral’s under 15 girls of Ellen Kearney, E Kedzior-Macdonough and Scarlett Liddy picked up the silver in the team awards.
Brandon Quinton of Bury AC narrowly missed out on the gold in the under 15 boys event being beaten into second place by 3 seconds. Magan Dingle of Vale Royal was also a silver medal winner in the under 15s girls event.
Results 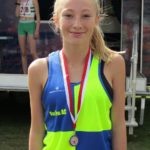 Megan Dingle of Vale Royal 2nd in the Under 15Girls 5ks 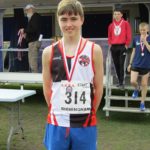 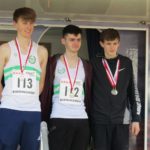 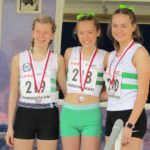 Wirral AC second in the Under 15s Girls Event