Any review of a women’s road relay over the last 5 years cannot avoid the dominant club during this period, Aldershot Farnham & District. In 2014 such was there prominent position that they won the race, and their B team was third. The only year they were not on the podium was 2015. They were winners in 2018, from the developing Leeds City team with Tonbridge third.

The Leeds team continued to progress, winning the ECCA Cross Country team result at Harwood House, and following that up by winning the Northern  6 stage , ahead of Rotherham.

In the 2019 the Northern 4 stage event, It took a Jenny Blizard inspired Rotherham team, 3 legs before they overtook the Leeds City team on the last leg to win by 10 seconds. Both Leeds City and Rotherham will figure strongly this year, whilst Leeds have the pedigree, Rotherham, having never been on the podium in the last 5 years, and will want to build on their N A win.

Swansea and Cardiff have won bronze medals recently, but nothing higher

The Southern relays at Crystal Palace had Cambridge and Coleridge winning, with Holly Archer the decisive athlete for them, ahead of Reading and Aldershot. Aldershot have the athletes, but it all depends on their team on the day, as Cambridge and Reading will be challenging.

Expect a strong challenge from the Norther Powerhouse of Leeds City and Rotherham, and the  2019  Midland Counties 4 stage winner Birchfield, who were last on the podium in 2016, winning Silver.

Whilst Aldershot dominate the women’s results, the only time they have won the men’s 6 stage was in 2014, winning from Sale and Highgate. In 2018 they managed bronze position, but will they be able to improve on this.

This year they won the southern championships by 40 seconds from Serpentine, with Bedford a further 9 seconds behind in 3 position, and these three clubs should be the focus of the Southern challenge

Apart from Aldershot and Highgate, in 2014, only Tonbridge, silver in 2017, from the southern area have   managed a podium position. Swansea winners in 2015, and 2017 finished 4th in the welsh championship and will be absent this year, leaving Cardiff, winners in 2016, to lead the Welsh challenge.

2018 champions Stockport will not be attending after finishing 36th in the Northern championship, but expect a strong challenge from the Leeds City team. 2nd last year. Since then the team has won the ECCA Cross Country team, both the Northern 12 stage and the ERRA National 12 stage and most recently the Northern 6 stage road relay. Make no mistake Leeds are wanting to be National 6 stage champions. Salford and Sale both did well in the N A 6 stage, but can they step up a level and make the podium at Sutton Park.

From the Midlands, Bristol & West, won their 12 stage road relay, and were 2nd behind Birchfield in the 6 stage. Whilst Birchfield have not been on the podium in the last 5 years, Bristol & West were 2nd in 2015, and both these clubs should be in contention for those 3 podium position.

All team managers will be able to declare their team from Wednesday 2nd October , but as these are visible to all on the online entry system, you normally find the stronger teams declaring much later.

I would just publish the 2018 winners, plus

In the Northern championships Vale Royal were winners in both the Under 15 age groups, and  Trawden’s developing under 13 boys squad, will be contesting the podium positions.

From the south Chiltern had an outstanding under 13 girls team that will take some beating. 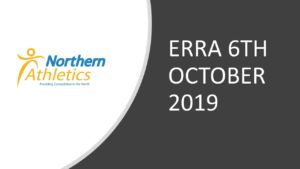