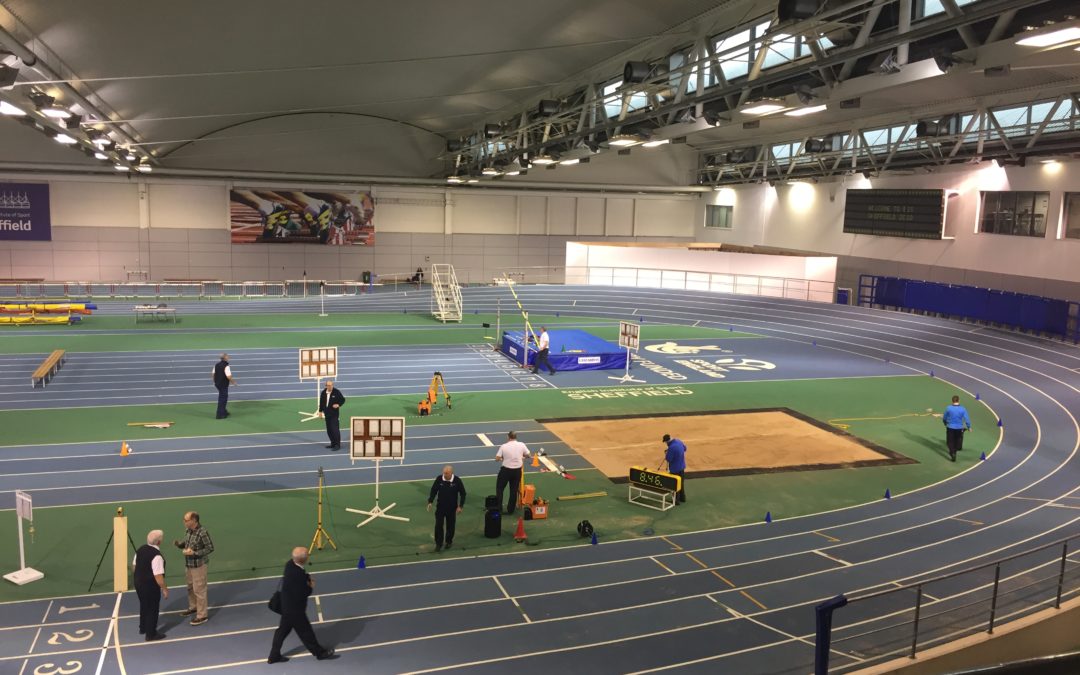 The Junior Indoor Championships at the EIS Sheffield once again proved to be a very popular event, especially with the U15 Girls with 36 athletes competing in the U15 LJ alone.

This one-day event was jam packed with Track and Field activity, bolstered on by a very enthusiastic crowd. While we failed to see any new Championship Best Performances, the quality of athletics maintained the very high standard we usually see with an improvement in general standards over performances from 2019.

The track events started at 10am with the U13 girls timed 800m finals won by Katie Betts in the first race in 2:26.94. The Field was off to a roaring start with Thea Brown becoming champion of the U15 Girls HJ clearing 1.60. This equaled the winning performance of 2019, no one yet able to match Katarina Johnson-Thompsons Championship Best Performance of 1.72 set in 2007.

Ruben Stovell from Hallamshire Harriers missed out on the Championship best performance by just 3 seconds. So the record set in 2014 by Scott Nutter still stands.

Full results from the meeting can be accessed here.

Photographs were taken throughout the day by Northern Athletics Professional Photographer Steve Bateson, all of which are now available on Facebook. The presentation team captured all the podium pictures of the Northern Champions, and these were shared via Instagram and Facebook throughout the day. Whilst at the Senior Championships we interviewed and recorded videos of the champions we thought it too intrusive for the younger age groups, and so some winners were interviewed, and their comments transcribed which will be available to view via Facebook.

Northern Athletics would like to thank the volunteer team which consisted of no fewer than 90 people who made this event possible. We would like to particularly thank Derek Nicholson for his commitment and service to Northern Athletics over the years, he has told us he is retiring from his duties as photo finish technician. We will believe that when we see it 😊 Thank you so much Derek.

Finally, we now look towards our next event the 6 & 12 Stage Road Relays and Young Athletes 5K Championships in Birkenhead Park on the 22nd March 2020. You can enter this event HERE