9 Days until the Closing Date 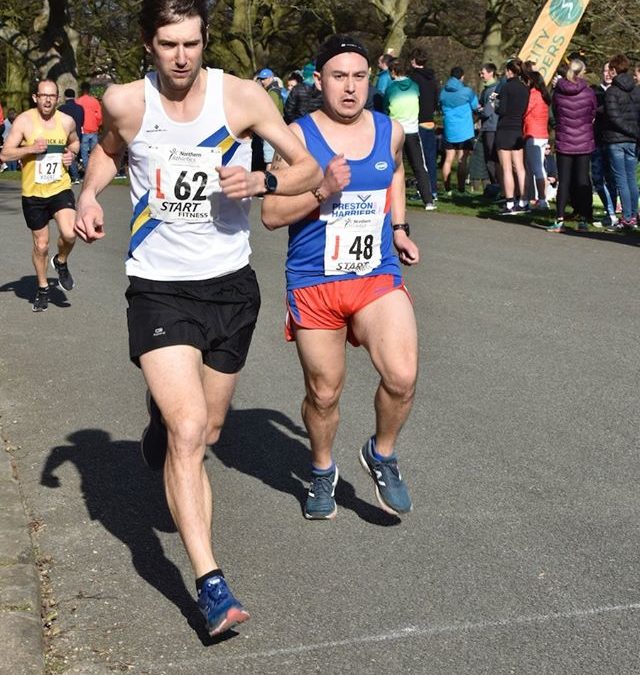 This year the event remains at it 2019 location, Birkenhead Park, due to the cancellation at Catterick Garrison.

Both the distances are approximate, the short leg being 4k, and the   long leg 8k.

Looking back on the recent Women’s 6 stage Northern road relays shows the total domination of the women’s teams from LEEDS CITY and ROTHERHAM HARRIERS.

Since then these two teams have always taken 2 out of the 3 podium positions. The other teams have been allowed 1 place on the podium, usually as a result of being inspired by an individual athlete.

The other podium places were:

So Leigh apart, all the other teams have had just 1 year on the podium.

JENNY BLIZARD certainly seems to have motivated her Rotherham team mates after making the team in 2016, with CLAIRE DUCK doing the same for the Leeds City team.

2019 had Leeds City at the front for 4 of the 6 legs, but crucially missing out on the first and last legs.

JESSICA JUDD, Blackburn Harriers, producing the fastest long leg on leg one and Rotherham turning a deficit of 67 seconds on the last leg to win the title by 29 seconds from, of course Leeds City.

So are we expecting any change in the new millennium?

Well perhaps, as last year both the long and the short fastest legs were not by athletes for either Leeds City or Rotherham.

But you would not get good odds against both these 2 teams again making the podium.

Podium finishes becomes a habit, and both LEEDS CITY and ROTHERHAM have had that habit for the last 5 years.

A new millennium, but what does the last 10 years tell us about the Northern Athletics 12 stage.

Well no surprise that LEEDS CITY won the title 5 TIMES in the last 10 years, including their purple patch of 3 wins on the trot in 2013 to 2015, in what was the SIMON DEAKIN era.

Leeds City won the first and last championship of that millennium, and were the only club to have won it more than once.

5 other clubs each won it once, in the 10 year period.

Morpeth were strong in the first half of the last millennium, winning in 2011, but 2016 was their last podium spot and recently the new kids on the block have been LINCOLN WELLINGTON, winners in 2018, and last year’s runners up CITY OF SHEFFIELD

Leeds’s 5th  place in 2018 seem to have been the low point for the team as 2019 had them winning both the Northern, and the National 12 stage, as well as the National Cross Country team.

The 2019 Northern 12 stage had Leeds winning by almost 6 minutes, and in total control of the race, winning 11 out of the 12 stages, and  had 3 athletes in both the long leg and short leg fastest 10 times.

However in 2020 already we have seen a strong SALE men’s team win the Northern Cross country closely followed by SALFORD, with LEEDS CITY 3rd.

Both City of Sheffield, 2nd and Salford, 3rd, last year, need to be stronger to overtake Leeds, but they can.

Also Sale’s Dave Rogers will be building on their performance at Camp Hill to ensure they return to a podium position that they last had when winning in 2017.