8 Days until the Closing Date 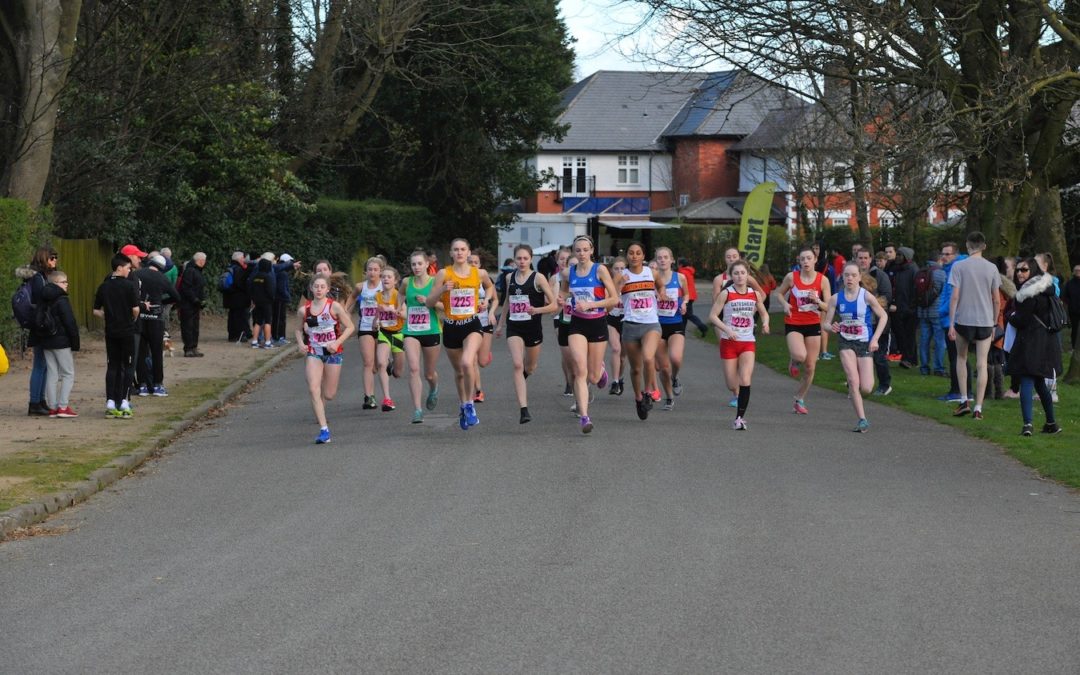 This year the event remains at it 2019 location, Birkenhead Park, due to the cancellation at Catterick Garrison.

The 5K course goes partly on a closed road section, but both relays remain in the scenic park for the vast majority of the distance,

The 5K course is measured and certified

Last year it was ROSSENDALE’s Matthew McKay, 15.16, who was the   winner from Benjamin Preddy, Preston, 15.18, with Joseph Buckley, Warrington, taking bronze medal in 15.24.

Rossendale despite having 2 in the top 5 were only 4th Team. Preston won the gold team award, Trafford were 2nd and Warrington 3rd, and Trafford, under the expert coaching of Neal Canham, also won the B team medals.

The women’s race was won by Keiva Rennocks, in the all black kit of ROTHERHAM HARRIERS, in 18:14 from Chloe Wellings, Gateshead, 18:37 with Darcey Lonsdale, Preston, taking the Bronze medal in 18.55.

There were 3 women under 19 minutes and 6 under 20 minutes, amongst the 20 finishers but just 2 clubs finished teams, Leigh taking gold and Preston close behind in Silver.

58 athletes completed the 5K course, with 7 going sub 17 minutes, and there were 10 complete teams.

TRAFFORD won the gold medal, just 2 points ahead of Kendal with Derby 3rd, Wirral were 4th, but their B team in 7th place were the first B team.

Preston were clear winners of the team, with Wirral, 2nd and Preston just ahead of Sale.

All the individual winners receive a FREE entry to the ERRA National Road Relays at Sutton Park Birmingham on the day of the National 12 & 6 stage road relay.