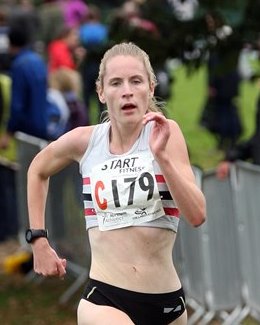 Leeds City AC regular winners on the roads, turned their attentions to the country with equal stature as they stormed to victory in the Northern Athletics four-stage contest in Graves Park, Sheffield. Josua Woodcock-Shaw set the Yorkshire quartet on their way to post the seventh joint fastest time of the day as he handed over in fifth position behind Trafford (Richard Powell), Sale (Jamie Roden) were in second, University of Sheffield, who were subsequently disqualified for fielding an ineligible athlete, were in third place and Derby (Alex Pilcher) in fourth.

However, things changed dramatically on leg three with Leeds City taking over at the head of affairs thanks to Emile Cairess’ efforts. University of Sheffield moved up into second place as Derby (Christopher Peach) also progressed into a medal position for the first time.

Dominic Easter had the honour of contesting the glory leg for Leeds and he had no problem in bringing them home 14 seconds clear of University of Sheffield with Lincoln Wellington (Tom Straw) moving through to third to eventually receive the silver medals.

Defending champions Liverpool, crossed the line in fourth place but were promoted to third with Morpeth, who were contesting the championships for the very first time, officially finished in fourth place.

The senior women contested the same two-mile course as the men but in a three-stage championship and it was Lincoln Wellington who were celebrating after denying Leeds City a senior double.

Junior international Harriot Knowles-Jones led the charge on the opening leg, the Warrington athlete posting the fastest time of the day ahead of Durham City’s Rosie Smith who followed Knowles-Jones to the first changeover.

Sale (Katie Hewison) were in third place followed by Leeds City’s Emma Clayton and Vale Royal’s Katie Gerrard. At this point Lincoln Wellington (Rebekah Ward) were back in ninth place.

Unfortunately for Warrington Knowles-Jones was their only senior athlete which left Durham City (Kim Simpson) out in front.

On leg two things changed dramatically as Lincoln Wellington’s Abbie Donnelly cut through the field to hand over in first place going into the final stage.

Simpson maintained Durham’s place behind the Lincoln athlete as Leeds (Leila Armoush moved up a place into third ahead of Lincoln Wellington’s B team.

Sophie Cowper increased Lincoln’s advantage on the final leg to come home 43 seconds ahead of Georgia Malir (Leeds City) with Rotherham (Samantha Johnson), who were defending their title, completing the podium places as she held off Durham City’s Chloe Price.

There were record fields also in the junior age groups with medals spread across a huge number of clubs.

The under-11 girls three-stage 1,500m relay was won by Hallamshire who finished 30 seconds clear of Sale with Vale Royal a further 10 seconds adrift in third place.

Hallamshire’s Ruby Simpson was quickest out on the course, covering the 1500m in 5min 09secs.

The under-11 boys was also a three-stage 1500m relay and victory went to Trafford (15:52) with Keighley and Craven finishing runners-up in 16:05 and Rotherham completing the one-two-three in 16:13.

Trafford’s Louie McCormack was quickest with a time of 4:49.

The under-13 girls was a three-stage 1800m relay and it was a victory for Hallamshire who went into the lead on the final leg thanks to Jodie Hill’s efforts.

East Cheshire and Tameside finished in silver medal postilion six seconds behind the winners with Keighley and Craven holding off Salford for third place.

Molylanne Welton, who had City of Sheffield in the lead at the first changeover, was fastest overall.

Hallamshire led throughout the under-13 boys event though they had to fend off the challenge from Durham City on the final leg with only two seconds separating the clubs at the line as Salford closed in in third place a further four seconds adrift.

The under-15 girls contest was a success for Liverpool Harriers who finished in first and second places with Hallamshire claiming the bronze awards.

The under-15 boys event was won by Vale Royal with Rotherham in second place and City of Sheffield third as Harrogate’s Jacques Maurice claimed the overall fastest time.

The under-17 women’s relay was won by City of Sheffield with Lincoln Wellington in second place and Preston third as Barnsley’s Alice Moore posted the fastest time of the day.

The under-17 men’s race was won by Vale Royal with Rotherham finishing in second place and Sale third as Derby’s Hugo Milner posted the quickest time of the day.  Results. 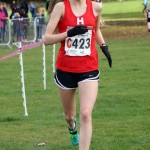 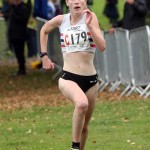 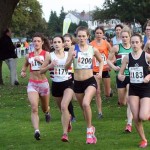 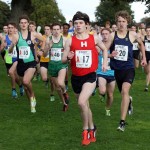 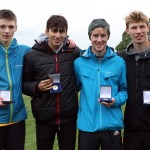 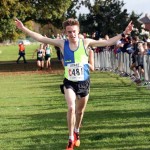 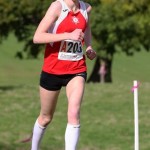 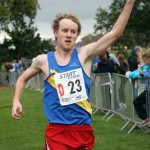 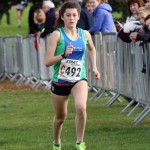