Witton Park again proved its status as one of the best cross country venues in the country with the the Northern Championships 2016 providing an excellent and tough test for all the athletes. The race route was described by many as a true cross country course and the wintry conditions of mud, hail and rain gave the event some extra spice. Blackburn Harriers were proud to host the event and their officials and marshalls were up to the mark again. 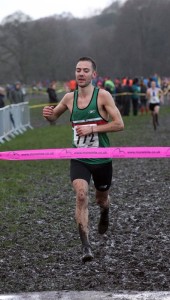 National cross-country champion Charlie Hulson was a classy winner of the Senior men’s title, to provide a fitting finale to a pulsating day’s racing at Witton Park, Stephen Green Reports.
It was a day where the tough terrain plus rain, snow, hail and a sharp wind all played their part in challenging the hardy athletes who took part.
Hulson, always prominent within a group which followed early leader Carl Hardman up the first hill and down a sharp incline on the first of four laps. By the end of the lap the group, which also contained defending champion Andrew Davies, Peter Huck and Jack Morris had caught Hardman.
Into the deep muddy section following the bowl the Sale Harrier, moved clear of Huck; his victory margin was ten seconds by the tape. Morris had a great run in third another 40 metres down with Hardman rewarded for his early bravery with fourth ahead of Davies. Hulson, now coached by Steve Vernon, described how important the title was to him, and like other athletes expressed his enjoyment of the ‘brutal’ course that Northern Athletics had laid on for the athletes.
“I only felt confident on the final climb and into the long stretch through the knee deep mud, it was one of those courses where you just had to let yourself go on the descents and stay strong on the hills,” he added.
Hardman, then led his victorious Salford squad later in celebrating the team title in some style.
Claire Duck took her first Northern Senior title amid the toughest conditions of the day as hail and a sharp wind lashed the runners throughout.
Through the series of inclines and descents that some athletes such as Dave Norman, described as more akin to a fell race; the Leeds City harrier was content to sit behind early leader Sophie Cowper, with mountain specialist Sarah Tunstall of Kendal also in the mix. 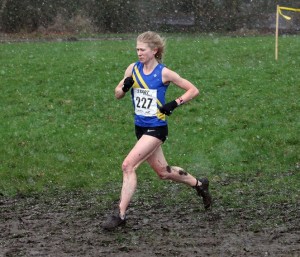 At the end of the first of three laps, on the boggy and energy sapping back fields, Duck made her move, and floated away from Smith.
Her winning margin by the tape was over 20 seconds. Tunstall rallied at the finish to deny Smith the silver medal by three seconds. Cowper showed some character to gain a superb fourth place.
Duck expressed her delight at winning the ‘Northern’ and paid tribute to the role her coach Mike Baxter had played in her recent improvement:
“I’m really happy to improve from sixth last year, and to win against a strong field, the conditions were tough. I hadn’t planned to go so early but I’ve increased my miles this year and felt really strong all the way round.”
A strong comeback run, in sixth, from former champion Hattie Archer, was the cornerstone of a Hallamshire team victory.
Patrick Dever took the U20 title after a close tussle with Jonathan Shields. The Preston Harrier moved clear up the final hill on the last lap, with Liam Burthem finishing strongly to take bronze
Abbie Donnelly was a dominant U20 women’s champion. The Lincoln Wellington athlete made her decisive move after the half-way point of the race.
She broke the tape with over 20 seconds of daylight over Philippa Stone. Sophie Burnett held down third another 80metres down.
Scott Beattie and Hugo Milner fought a close battle over the heavy Witton Fields. Beattie reeled in early leader Milner in the last mile, pulling clear for a three second victory. 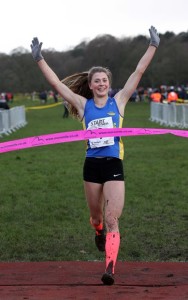 Birtley’s Kate Waugh took her U17 peers on early, moving smoothly away for 80m win over Alice Moore.
The Under 15 girls’ race produced a dramatic finish as Border’s Olivia Mason just had enough strength to repel the challenge of Ella McNiven.
Josh Cowperthwaite of Middlesbrough would surely have enjoyed the return journey home after a 12 second win over Sam Evans.
Tommy Dawson of Leeds City was over forty seconds to the good in the U13 boys’ race. Eve Jones of Skyrac emerged a convincing winner of the U13 girls’ title.

Credit to Graham Harris from Blackburn with Darwen Borough Council and in particular to Blackburn Harrier’s Richard Taylor showing exactly what is needed to pull together a cross country course fit for a championship. Many thanks of course to Steve Gaines and Arwel Williams from Northern Athletics together with Judith Temperton and her team as well as the many Northern Athletic officials who braved the cold throughout the day. Of course final mention to the athletes with congratulations to the medallists who all performed excellently in the conditions and in turn enjoyed another superb Northern Cross Country Championship. A big thank you to Dave Hewitson from Sportforallpics and Dave Greenwood Darkstar  photos for their continued support of Northern Athletics with top quality event photos. Further selections of photos from the championship will be available on their websites in the coming days.
Report Stephen Green 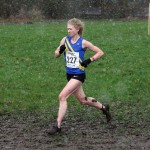 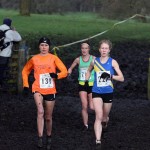 Rosie Smith, Sarah Tunstall and Claire Duck battle it out 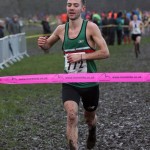 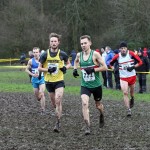 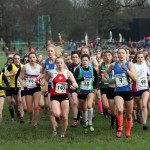 Under 17 women get away at 2016 Northern Cross Country Championships 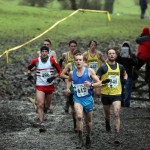 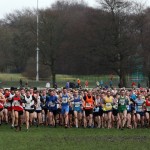 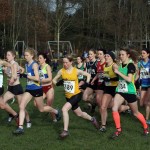 Senior women not long after the start 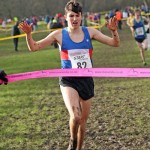 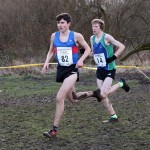 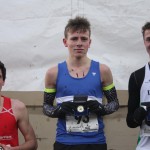 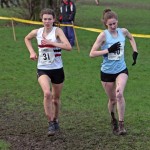 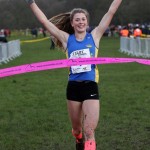 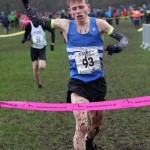 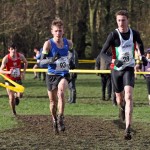 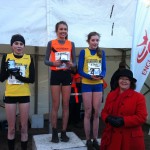 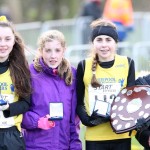 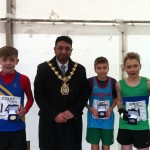 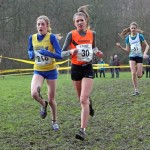 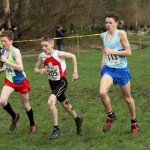 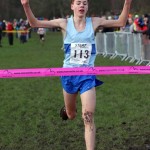 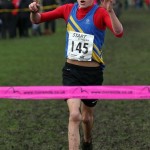 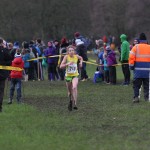