It is with the greatest sadness that we have to report the sudden death 0n Friday 16th September 2016 of Wakefield Harriers Chairman and former GB International, John Newsome.

A formidable marathon runner who during his long and distinguished racing career won many top honours, including the Yorkshire marathon title no fewer than 7 times! He also won the Northern marathon title before gaining his first Great Britain vest in the Ultava International in Czechoslovakia in 1968. He went on to win this race for 4 consecutive years.

Amongst his many titles were 4 Yorkshire 20 Mile championships and the London to Brighton race.
He also recorded some excellent long distance times on the track, and his marathon best of 2hrs 16min 7 secs set in Prague in 1970 remains the club record. 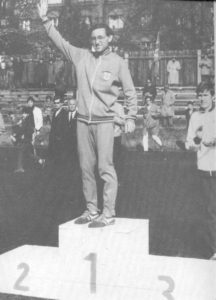