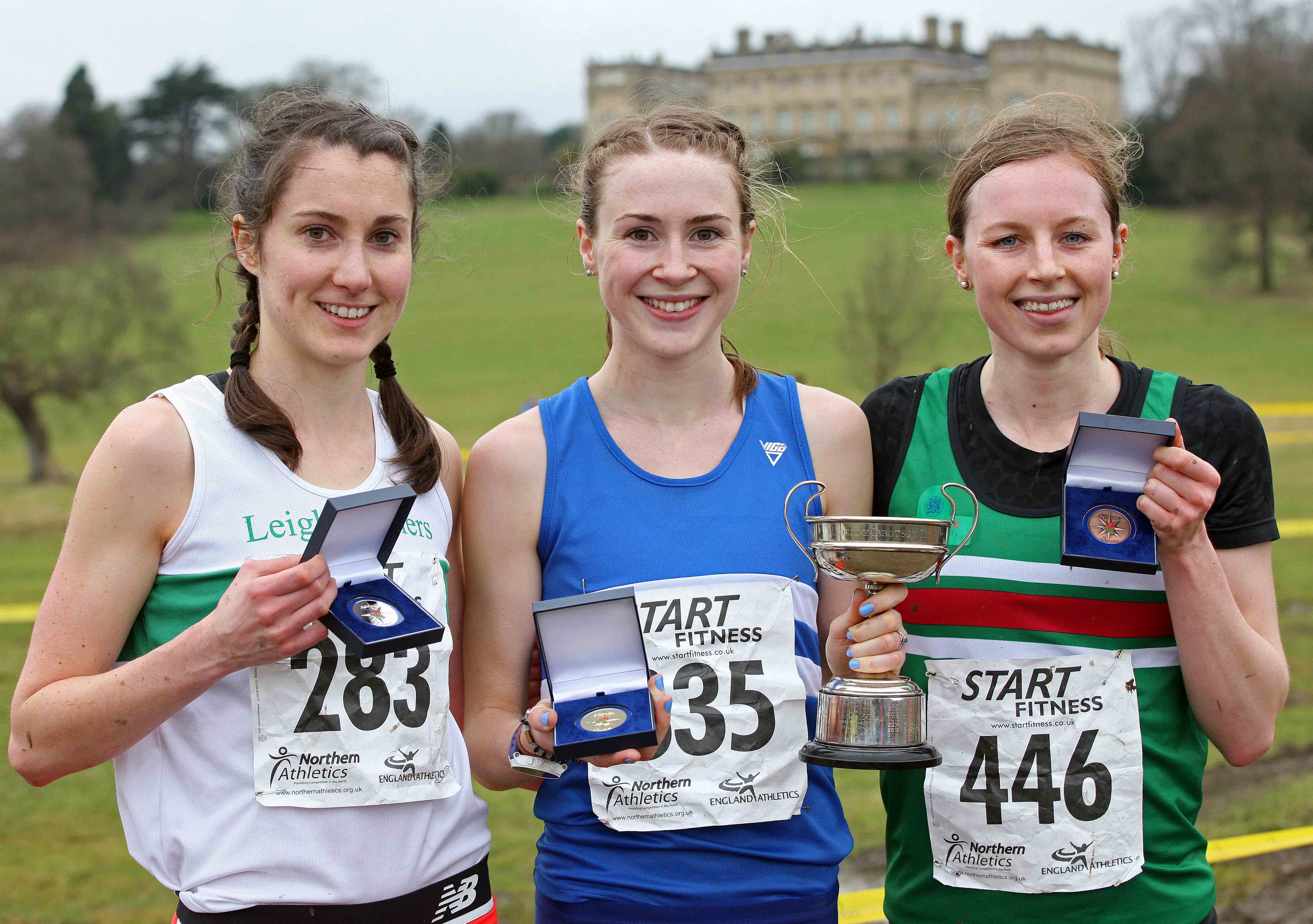 With the splendid backdrop of Harewood House, Morpeth did the senior double, the first time ever, through Carl Avery and Mhairi MacLennan ,whilst Sale beat Leeds City for the men’s team race. However, Leeds narrowly reversed the result in the women’s race. The age groups provided some top quality on an excellent course which most runners thought would be a great course for the National.
After plenty of rain in the week up to the race, there were inevitably some sticky sections but also some stretches of fast running on the quickly draining grazing land. There was plenty of variety with some testing hill sections. Strong winds added to the challenge but, thankfully, the threatened rain did not materialise.

Carl Avery had a close head to head contest with Matthew Bowser (Lincoln Wellington) with the Morpeth man going on to win his first Northern title. The race always had an open look about it when last year’s winner Ben Connor opted not to defend, concentrating instead on the road. Avery seized the opportunity in style. Avery and Bowser opened up a gap early in the race with Hallamshire’s Steve Bayton leading the chasing group.
On a downhill stretch early on the second lap, Bowser stole a 20 metre lead and looked full of running as Avery struggled with stitch. Later, it was Bowser’s turn to struggle, suffering from cramp, an issue that troubles him regularly. He could not respond when Avery caught him for a well deserved, if somewhat unexpected, victory.
Bayton, isolated throughout, stuck to his task and was not threatened for the bronze medal. James Roden and Nigel Martin ran strongly for fourth and fifth to lay the foundation for Sale to successfully retain their title

Mhairi MacLennan an Edinburgh based Scottish runner whose English club is Morpeth, scored an impressive win in the women’s race. Preferring the Northern to the Scottish District races, MacLennan was always in the lead or thereabouts and once she put the pressure on, no one could match her.
Behind her Lauren Howarth was delighted with her silver medal in what was her first race since September. Georgia Taylor-Brown was safe in third place, the triathlete replicating last year’s performance and leading Sale’s challenge for the team title. However, they could not dislodge defending champions Leeds City who led by Georgia Malir who had a fine run in sixth and was followed home by Claire Duck. Looking for a hat trick, Duck was below par this time but the prospect of a team win kept her going. With the last counter deciding the outcome, Leeds won by just two points.

Emile Cairess has won the Yorkshire senior title the last two years but due to his January birthday and the nature of the age groupings, he is still an under 20 for this race and the National. He was simply a class above the rest as his winning margin of 37 seconds showed.
The under 20 women’s race was a Sale Harriers exhibition. Francesca Brint started to go clear on an uphill section after the first lap and finished with a 46 seconds winning margin, the biggest of the day. A first year under 20, Brint was accompanied at the presentation by her team mates Juliet Downs and Claudia Cowan, all three coached by Paul Roden.

In the under 17 men’s race Euan Brennan (lkley) and Josh Dickinson (City of York) had turns in the lead but Rory Leonard was always handily placed and when he put his foot down his challengers had no answer as he brought Morpeth there third individual gold of the meeting.
It was no great surprise that Ella McNiven (Liverpool) won the under 17 women’s race even though she is in the first year of the age group. Leading from the start she looked to have winning gap by halfway and so it turned out.

Once the field had settled down in the under 15 boys race there was little change as Middlesbrough’s Archie Lowe stamped his authority on the race leaving Henry Johnson (Houghton) and Finley Proffitt (Macclesfield) to scrap for second place with the Houghton runner getting the verdict.
In the under 15 girls race Sian Heslop (Macclesfield) upgraded last year’s silver to gold taking the lead on a downhill section and going away for an untroubled win over Lara Crawford (Sale) and Jodie Hill (Hallamshire).

Despite getting spiked, Joshua Blevins won the under 13 boys race comfortably whilst Holly Weedall (Vale Royal) had with quite a bit in hand in winning the under 13 girls race. 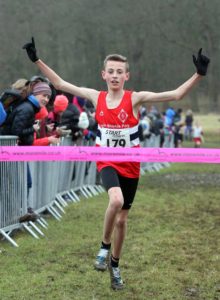 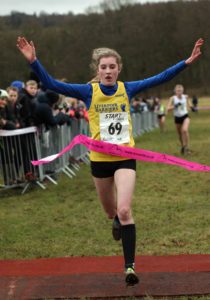 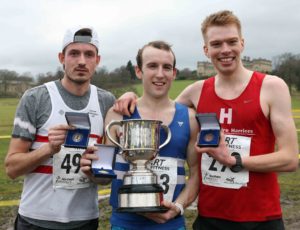 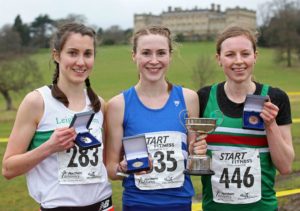