Another great race weekend for the North of England. Taking 12 athletes to compete as guests of Scottish Athletics in their inter district XC. With stern competition from the North, East, and West of Scotland and Scottish Universities the North of England faired well both in the individual race and in the team event. Fielding mainly an U20 team (in a combined senior/junior race ) over 8k for men and 6k for ladies.

Men: in the men’s race a fantastic individual performance from both Linton Taylor was 2nd followed by Matthew Grieve 4th, followed by a great team effort from our U20s with Nathan Dunn 8th (1st U20), David Mullarkey 9th (2nd U20), Joe Wigfield 19th (3rd U20), and Matthew Hill (under 18, stepping up) 33rd (10th U20) who struggle with stomach problems but never relented in a brave performance.

A great event and brilliant team spirit just serves to show the benefit of our new club support with athlete subscription to Northern Athletics, so a massive thank you to all our Northern clubs for offering these elite athletes a greater platform on which to compete.

A big thank you to Kevin Hussey, Charlotte Slack and Sally Malir as Team Managers. A thank you to Alex Jackson and Mark Pollard of Scottish Athletics and Gareth Turnbull from Great Run series. 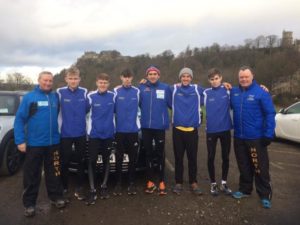 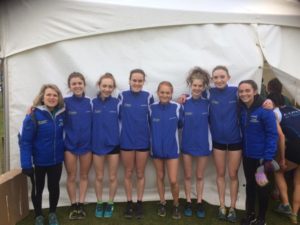