The Silksworth sports complex is the location for Sunderland’s annual 5k road races. This year the format was changed to allow the women only race to be held first, then all the men, regardless of age, in the second race.  North East races are well supported, both by clubs, athletes and officials, and Kevin Carr’s Sunderland are no exception, especially with such a fast course. Once again the evening was warm and dry, ideal for racing.

The women race started at 6.45 and was quickly dominated by the red vests of North Shields Poly A.C. A group of 6 headed the field, as they ran downhill passed the finish, with 3 North Shields vests in that group. The next time the athletes were seen was approaching the finish with Molly Pace, North Shields almost 30 seconds clear of her club colleague Steph Maclean-Dann, with the traditional Tyne Bridge Harriers vest of Kathryn Stevenson close behind. Not surprisingly North Shields Poly with first and second individual and with their 3rd counter coming in 9th they were the first team as well. Tyne Bridge Harriers packed in well behind their first counter for 2nd team and host club Sunderland claimed that 3rd team position.

The men’s race had over 200 entries, and the course record of 14.23 was possibly under threat. As it turned out the course record remained, but only just, with 3 athletes under 15 minutes and a further 25 under 16 minutes, a quality field that is always expected in the North East.

Finn Brodie, Morpeth Harriers, was always at or near the front and his finishing time was 14.41 , with 2nd placed North Shields Poly athlete Carl Smith just 10 seconds behind him .The Northern Athletics race had Salford’s Mark Walsh in 3rd position. Morpeth with 2 further counters in the top ten claimed the first team.  Sunderland’s men went one better than their women and were 2nd team,  with Tyne Bridge Harriers  3rd. 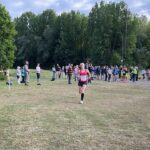 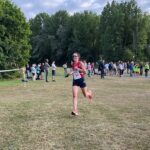 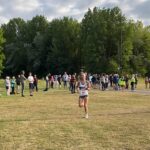 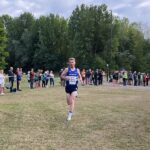 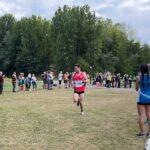 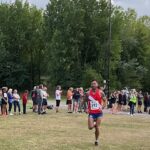